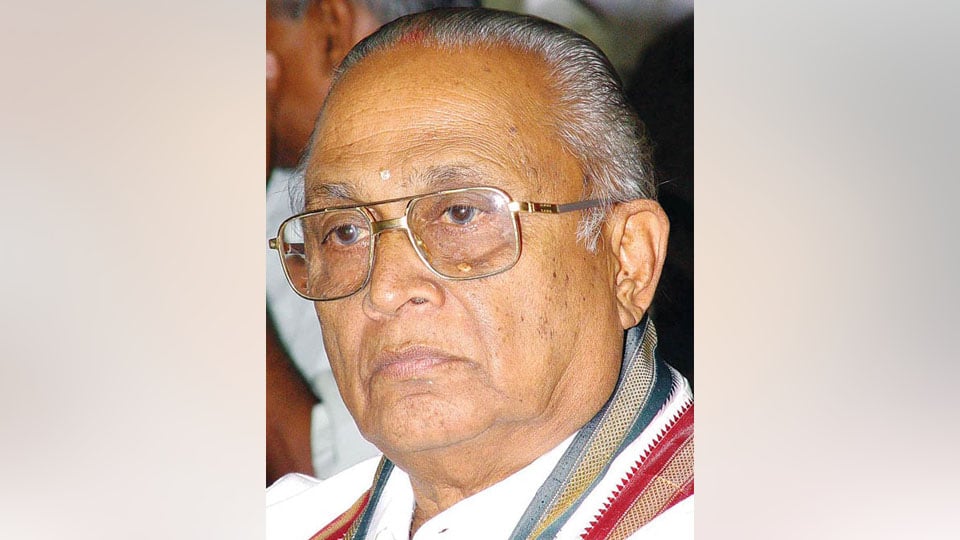 He was being treated in the  hospital for the last few days.

Shivappa, who played a significant role in building the Party in Karnataka during its early days, was said to be the mentor of several politicians including B.S. Yeddyurappa.

He was also the BJP State President for three terms and a two-time MLA and MLC.

Shivapppa had expressed his desire to breathe his last at his native Kambarahalli at Sakleshpur in Hassan, which remained unfulfilled.

Karnataka BJP President  B.S. Yeddyurappa and other     BJP leaders have expressed their condolence.

Sources said that Shivappa’s body would be shifted to his native where the last rites would be held tomorrow.