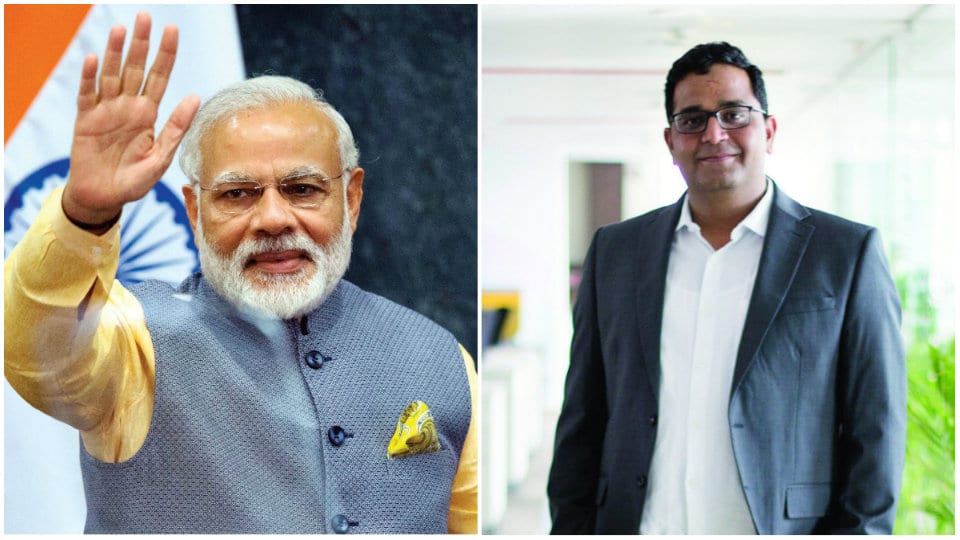 New York: Prime Minister Narendra Modi and Paytm Founder Vijay Shekhar Sharma were the only two Indians to make it to an annual list of ‘100 Most Influential People in the World’ this year released by the TIME magazine dated May 1- May 8, 2017. The list features pioneers, artists, titans, leaders and icons from around the world honoured for “the power of their inventions, the scale of their ambitions, and the genius of their solutions to problems that no one before them could solve.”

The profile of Modi, 66, written by author Pankaj Mishra, said that in May 2014 long before Trump seemed conceivable as a US President, Modi became the Prime Minister of the world’s largest democracy. Pankaj Mishra is the author of ‘Age of Anger. A History of the Present.’

“Once barred from the US for his suspected complicity in anti-Muslim violence, and politically ostracised at home as well, this Hindu nationalist used Twitter to bypass traditional media and speak directly to masses feeling left or pushed behind by globalisation, and he promised to make India great again by rooting out self-serving elites,” it said.

Nearly three years after he came to power, Modi’s vision of India’s economic, geopolitical and cultural supremacy is far from being realised, the profile read, but his “extended family of Hindu nationalists have taken to scape-goating secular and liberal intellectuals as well as poor Muslims.” “Yet Modi’s aura remains undimmed. He is a maestro of the art of political seduction, playing on the existential fears and cultural insecurities of people facing downward or blocked mobility,” it said.

Modi’s elections victory in Uttar Pradesh, India’s most politically significant State, by a landslide confirmed that “elected strongmen are the chief beneficiaries of a global revolt against elites.”

“Paytm used “a flurry of ads” to get more people to download the app during that time. It worked. By the end of 2016, Paytm had 177 million users, compared with 122 million at the beginning of the year,” Nilekani wrote. Sharma had “catapulted himself into a nation’s consciousness. It was a masterstroke by a small-town boy who studied in a Hindi medium school before conquering the country’s Anglophone start-up world,” he wrote.

Paytm is now backed by the chief of China’s Alibaba, Jack Ma, and Sharma is branching out into the more heavily regulated world of banking, with plans to offer digital accounts. “He will face new challenges from deep-pocketed and more experienced competitors. But knowing Sharma, he will win the next time round too,” his profile read.

Modi had been named among the probable contenders for Time magazine’s annual honour this year but had not got any votes in the online reader’s poll. The final list of the 100 most influential people is chosen by Time editors. The Indian leader was named among Time’s 100 most influential people in 2015 and former US President Barack Obama had written a profile for him for the magazine.