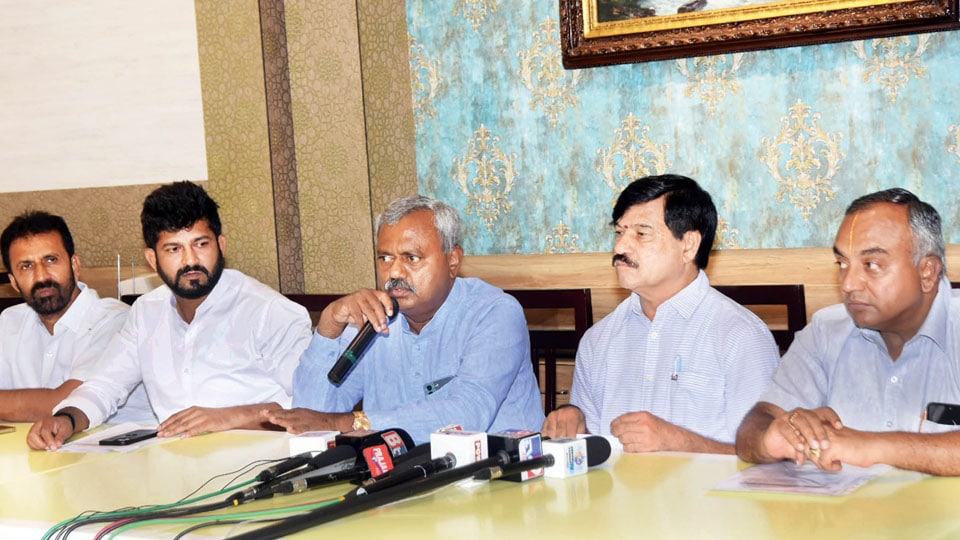 Mysore/Mysuru: Chief Minister Basavaraj Bommai will hold a high-level meeting in Mysuru on June 8 with regard to the June 21 International Day of Yoga (IDY) event where Prime Minister Narendra Modi will lead the mass Yoga demonstration.

At a press conference held at a private hotel in the city this morning, Mysuru District Minister S.T. Somashekar, along with by MP Pratap Simha, MLAs S.A. Ramdas, L. Nagendra, City BJP President T.S. Srivatsa and others, said that the CM is expected to arrive in Mysuru on the morning of June 8. He will hold two meetings, the first one will be regarding Yoga Day preparations and the second is regarding MLC elections.

Today’s press conference was called to list out the achievements of the Modi Government in eight years and the topic of Yoga and the Chief Minister’s visit came as reporters raised questions.

PMO and SPG will publish the itinerary after the officials visit Mysuru days ahead of the PM’s visit and details will be known only then. Yesterday, Somashekar had said that a maximum of 15,000 people can be accommodated inside the Palace and this includes 3,000 VIPs.

Based on the directive issued by the Centre and also the State authorities, the Mysuru District Administration has identified two alternative venues for mass Yoga performance taking into account the weather conditions.

While the main venue will be at the Mysore Palace as decided earlier, Chamundi Vihar Indoor Stadium and the Durbar Hall of the Mysore Palace will be Plan B and Plan C respectively in case it rains. Officials said that all depends on the weather of June 20. If it rains, then the alternative places will be put to use.

The idea of Durbar Hall was mooted at the meeting with the Deputy Commissioner recently where the officials opined that anyhow PM Modi will be in the Palace premises on June 21 and if it rains, he can move to Durbar Hall with a limited crowd, sources said.