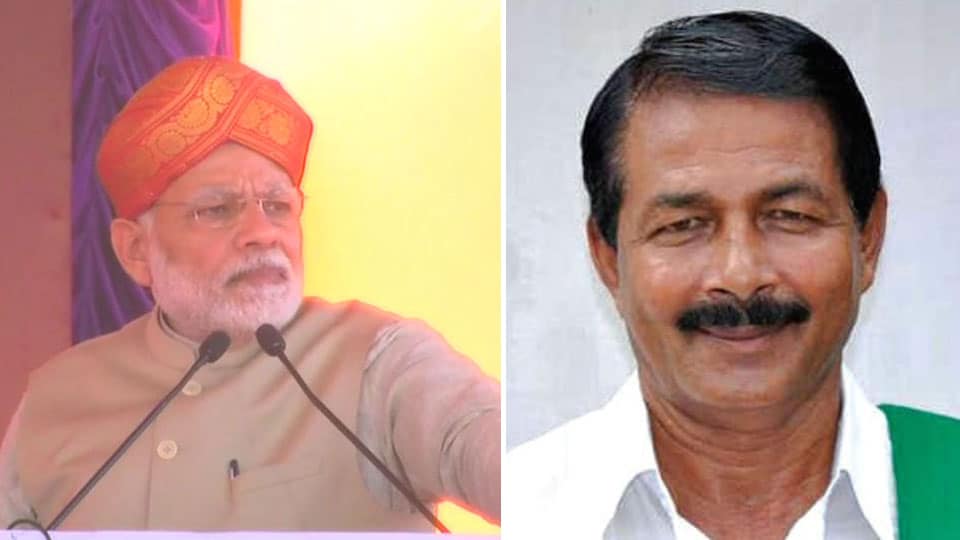 Mysuru: At the BJP rally, PM Narendra Modi paid his tributes to farmer leader and Melukote MLA K.S. Puttannaiah who passed away on Sunday. “I pay my tributes to Puttannaiahji. He fought for the cause of farmers’ welfare and rights and also inspired hundreds of others to take up farmers’ cause,” he said.

The gathering also observed a minute silence as a mark of respect to the departed leader.

Suttur Seer Sri Shivarathri Deshikendra Swamiji has condoled the death of farmer leader and MLA K.S. Puttannaiah. In a press release, the Seer said that Puttannaiah was a born farmer and always championed the cause of the farming community.

Pointing out that Puttannaiah joined the farmers’ movement under the leadership of S.D. Jayaram in 1983, the Seer said that Puttannaih’s stature as a farmer leader reached the peak in later years. He had taken active part in agrarian demands such as remunerative price for all agricultural produce, redressal of farmer issue etc.,

Recalling Puttannaiah’s participation in  Cauvery agitation and other demonstrations, the Seer said that Puttanniah, who was an MLA twice, had always fought for protecting the interests of the State, be it water, land or language.

His death has been a great loss to the State, the Seer said.

The last rites of Puttannaiah, who passed away on Sunday night will be conducted at his native village Kyatanahalli in Pandavapura of Mandya on Feb.22 (Thursday).

With Puttannaiah’s daughters who have settled in USA, are yet to arrive, his family members decided to conduct the last rites on Thursday.

Till then, his mortal remains will be kept at the mortuary attached to JSS Medical College at Bannimantap in Mysuru.