Home » Voice of The Reader » Point of View: The sting in the tail comment 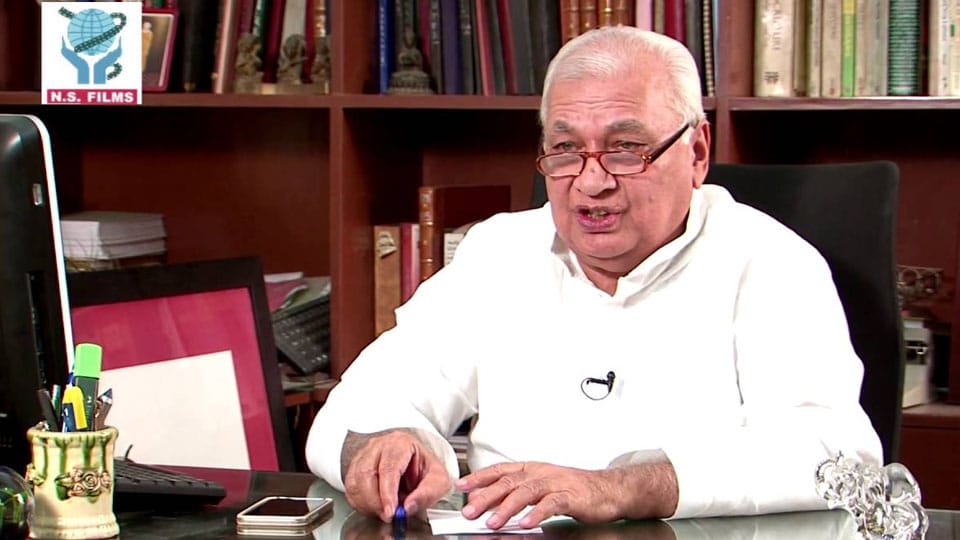 Point of View: The sting in the tail comment

TJS George, a veteran journalist with apologies to the readers, has shared in his weekly column the letter written by Arif Mohammad Khan, the Governor of Kerala (Columnist thinks he is God: Governor, SOM dated Jan.5).

This letter of the Governor is in reply to the write up by the journalist published in The New Indian Express on Dec.27. Arif Mohammad Khan is a widely read and a highly knowledgeable person. He is held in high esteem and belongs to a rare brand of politician who is not afraid to call a spade a spade.

He has set an impeccable record of not being lured by the attraction of power or pelf. He has set a very high standard of integrity in his political career.

The letter is a testimony of his record of sticking to the personal norms of values which he has not compromised in his professional career as a politician.

In fact, it is laudable because he could have ignored to reply as it makes no difference to his stature and the fact that he chose to reply itself is a courtesy to a journalist.

Of course, it is also to the credit of TJS George that instead of choosing to rebut on some issues, he has been content to produce the letter fully and confined his reply short allowing the judgment to the readers but not forgetting to leave the sting in the tail in his reply to make a pun on reference to God which many of the readers may feel that it is on the other foot.

READ ALSO  No car parking facility at Rly. Station on CFTRI side

Note: I have been a great admirer of Arif Mohammad Khan since the day he became a Minister at the young age of 25 which made news those days. Later, he had joined Rajiv Gandhi’s Ministry and also quit for the reason he had mentioned in his reply to TJS George. Only a honest man with courage of conviction would take such a step where politicians stick to power like limpets. He is not the one of that kind. I never missed his statements that appeared in the press and any news about him. He had once told Rajiv Gandhi, in another context, ‘The business of the Government is to govern, not to do business.’

I was surprised how could TJS George, a stickler for facts and truth, who knows our politicians in all their hues and chameleon characters, assume Arif Mohammad Khan to be one among the flock. Be that as it may, it is in the true Georgian spirit that he had told his vast number of readers, in Churchillian style, ‘Look, I have nothing to hide’ and published the Governor’s letter. – K.B. Ganapathy, Star of Mysore