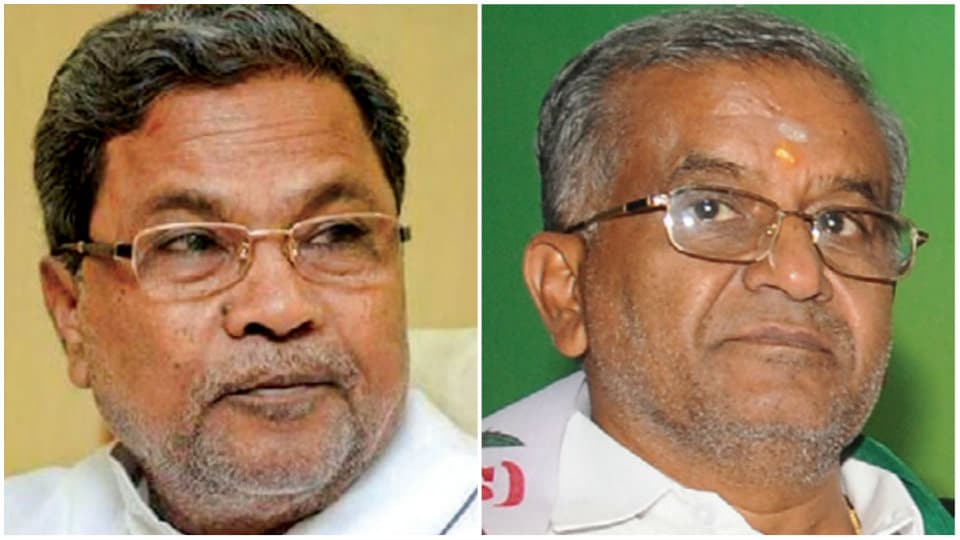 Mysuru: The big fight of the Karnataka Electoral battle 2018 will be witnessed in Chamundeshwari in Mysuru district with Chief Minister Siddharamaiah taking on his one-time close friend G.T. Devegowda of the Janata Dal (secular).

Will the constituency vote for the return of the prodigal or give its mandate to Devegowda is the talk of the town as both the Congress and the JD(S) are scurrying to seek the nod of hitherto ignored microscopic minorities that could play a decisive role in the final outcome. With the Kurubas and Vokkaligas rallying round their respective leaders and the BJP fielding a political light weight much would depend on how the microscopic minorities would vote.

Apart from dominant caste groups, there are microscopic minorities in every constituency who account for almost 15 to 20 per cent of the voters and are the “silent minorities”, according to party strategists. These groups were not taken seriously in the past, but their role has assumed importance for the May 12 polls.

The bitterness is a carryover of the events which led to the expulsion of Siddharamaiah from the JD(S). This paved the way for his entry into the Congress and his victory in the by-election in the constituency by a wafer-thin margin of 257 votes in 2006.

With the JD(S) consolidating the Vokkaligas against Siddharamaiah, the Congress has fortified its support base of the major communities from the OBCs and the Dalits. With the Lingayat–Veerashaivas assumed to be divided on the religious minority issue, the next strategy is to identify members of other communities who may not be vocal but have a significant presence, according to observers.

Though there are many candidates in the fray, but it is a straight fight between Siddharamaiah and Devegowda. The focus is on galvanising the Vishwakarmas, Kumbaras, Upparas, Savitha Samaja, Ganigas, Madiwalas, Lambanis, Adi Jambavas, Bhovis, and other nondescript groups. But none of them are politically vocal.

Some of these communities have neither a leader who could speak on their behalf nor have they received adequate political representation, and both the Congress and the JD(S) are trying to woo them. Siddharamaiah is trying to spread the net wide to reach out to Pourakarmikas engaged in sanitation works, the Bhovi community members, most of who are in the construction sector, and is seeking their support.

During his campaign Siddharamaiah spent considerable time with the Bhovi community at Lingambudhipalya on the outskirts of the city where there are about 2,000 votes. Similarly, former Chief Minister H.D. Kumaraswamy of the JD(S) reached out to the Vishwakarmas whose numbers are significant (around 4,000 votes in Jayapura Hobli alone) apart from having a sizeable presence in other parts of Chamundeshwari.

In an election where every vote counts and when the geographical extent of the constituency does not permit a visit to all the villages, both Siddharamaiah and Kumaraswamy are engaged in tapping the “silent minorities” through community outreach programmes.