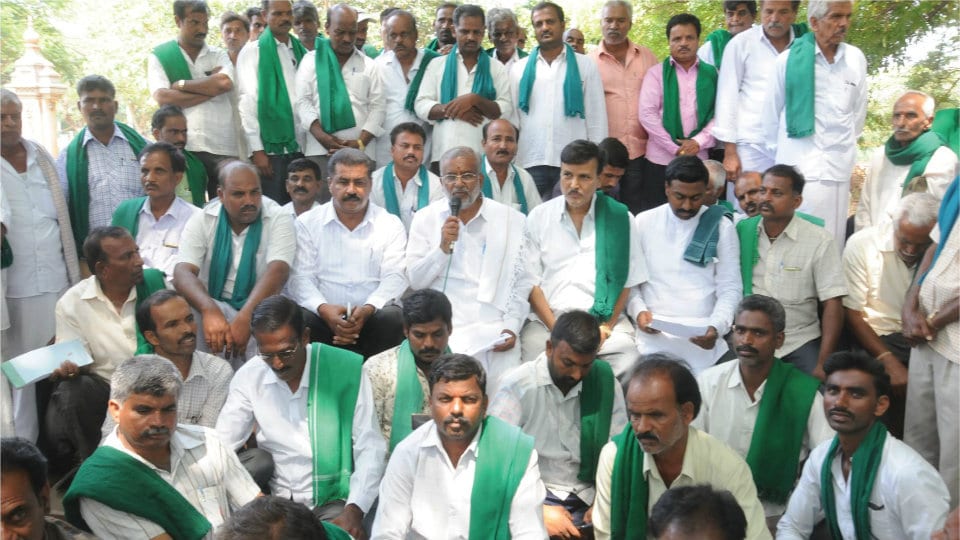 This decision was taken at a meeting of the Association that took place at Kuvempu Park near Gun House Circle here yesterday.

Accusing Siddharamaiah and Dr. Mahadevappa of failing to keep their promise on many agrarian issues, which included non-payment of dues by sugar factories, failure to release water to Carvery-Kabini canals and remunerative price for sugarcane, among others, the meeting criticised the Congress Government for favouring defaulting sugar factory owners.

Following the meeting, the association members unanimously decided to work for the defeat of CM Siddharamaiah and District Minister Dr. H.C. Mahadevappa.

The meeting also decided to take out a bike rally on May 3 and 4 to create awareness among the farming community.

The meeting also pressed the State Government for fulfilment of 15-point charter of demands, which included declaration of MSP (Minimum Support Price) for all crops, complete farm loan waiver, Rs. 4,400 FRP for per ton of sugarcane, a more simpler and friendly crop insurance policy, naming farmer leaders to the Legislature, uninterrupted quality power supply to irrigation pump-sets, health insurance cover for farmers, execution of Mekedatu project and scientific compensation for crop loss, among others.