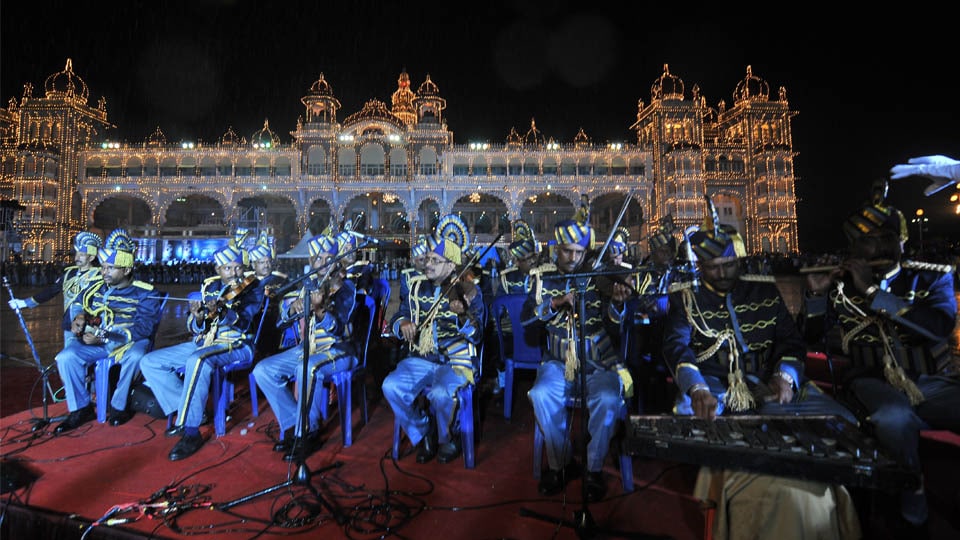 Mysuru: Incessant rains could not deter the Police Band to perform, nor the Ministers, dignitaries and the public to watch the inspiring performance, last evening at the Mysore Palace.

Every year in spite of some of the biggest names performing on the Palace stage, one show that everyone looks forward to is the Police Band. They practise hard and invariably excel.

The Police Band, which was to start its performance at 6 pm could start it only at 8.30 pm due to heavy rain. Just as they finished playing ‘Vijayabharathi and ‘Nidhana Nadige – Shigra Nadige,’ a group ensemble performance, it started raining again. 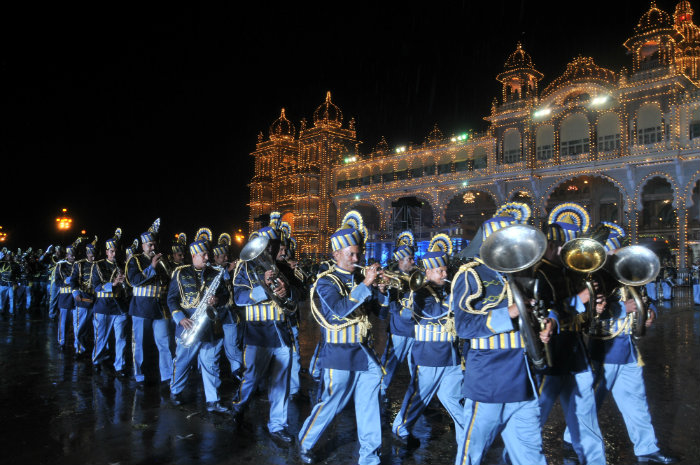 Later, even as it was raining, the Karnataka Classical Music Band and English Band enthralled the audience in a ‘Jugal Bandhi,’ contest playing selection of Abba and ‘Matevalaya Dwaja.’ By then it started raining heavily and with the background of the music of the showers, the Police Band played ‘Abide With You,’ and the favourite number ‘Saare Jahana Se Achha’ tunes thus ending the programme.

On the occasion, a prize of Rs. 2 lakh was announced to the Karntaka State Group Band for practising hard for the last 15 days. Under the ‘big band’ category, the first prize was bagged by Mysuru KSRP 5th Contingent and the second prize by Bengaluru KSRP 4th Contingent and both of them were honoured. 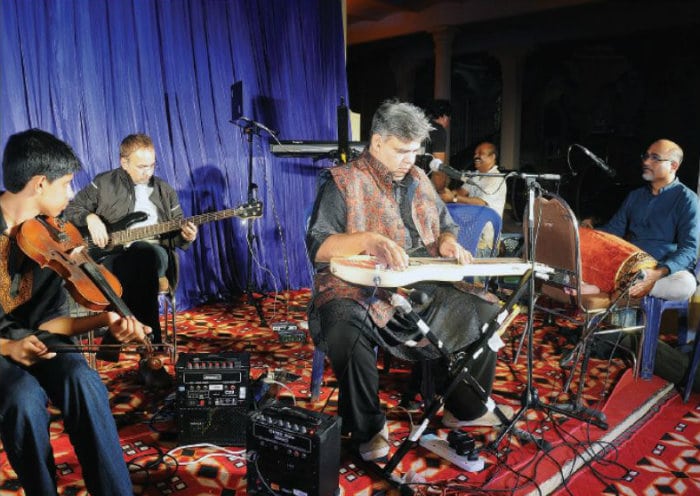 Pt. Prakash Sontakke and troupe from Bengaluru presenting a Fusion Music at the Palace.

In the ‘pipe band’ category, Bengaluru KSRP first contingent was declared the winner and Mandya DAR was the runners-up. The English Band and Karnataka Vadyavrinda were given special prizes. 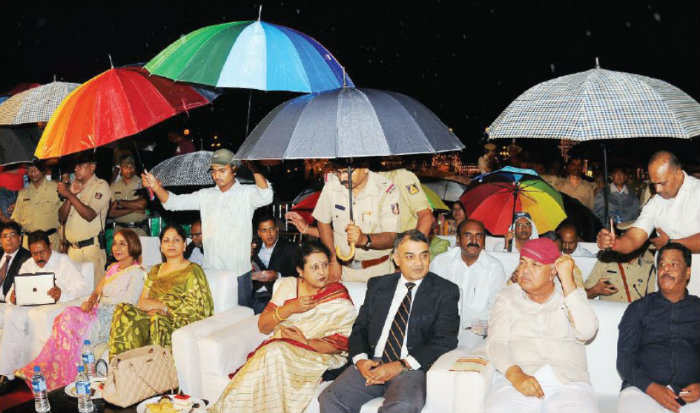 In the group band programme, 21 contingents in the State had participated. Ramalinga Reddy released a CD of the Police Band on the occasion.