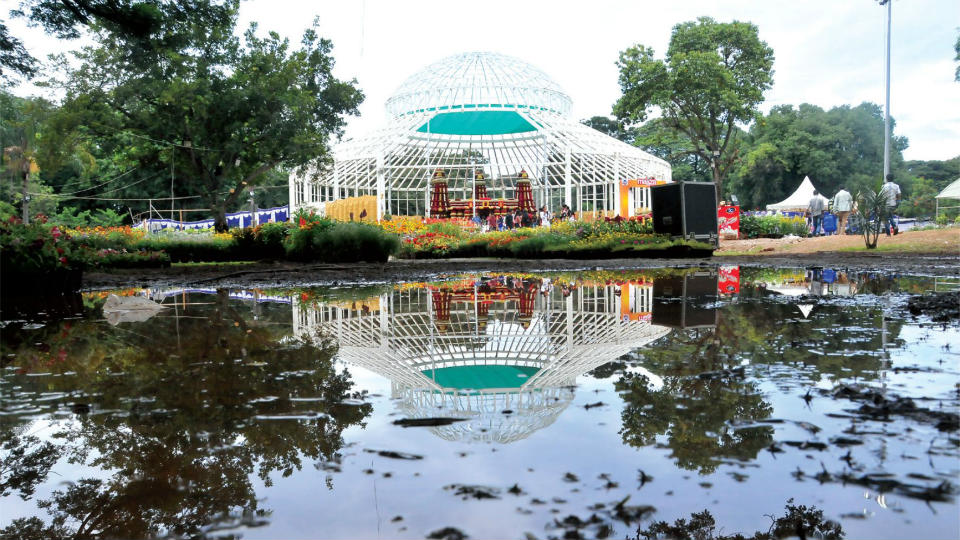 Mysuru: Incessant rain, as predicted by the India Meteorological Department (IMD), is likely to mar the festive mood during the rest of Dasara.

As per IMD prediction, the cyclonic circulation developed over the Bay of Bengal adjoining north Andaman is likely to intensify gradually after reaching the Andhra Pradesh coast by Sept. 27. The IMD has predicted that the rains may continue till Oct. 1.

Although the cyclonic circulation developed over the Bay of Bengal has already caused rains and thunderstorms in parts of the State, it would form into a low pressure in next two days. As per the weather forecast, if the cyclonic circulation develops into a low pressure by Sept. 27, heavy rains would dampen Dasara celebrations, especially on Sept. 28, 29 and 30.

The cyclonic circulation over the Bay of Bengal resulted in heavy showers in city yesterday too where people attending Dasara events had to scramble for shelter. The rain that provided a respite since the last five to six days began lashing over the city at 6 pm and continued till 8 pm.

Thousands of people attending Palace Cultural Programmes, Flower Show, Aahara Mela, Yuva Dasara were caught unawares by rain. Added to the rain woes were the unscientific road and footpath works carried out by the Mysuru City Corporation. Roads were slushy where rainwater overflowed from roadside drains. 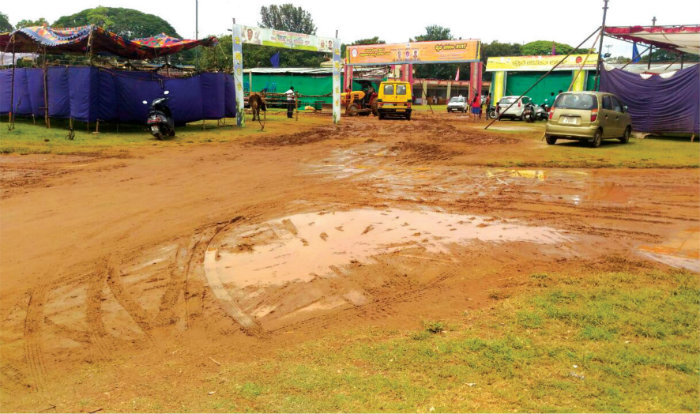 Most of the areas in the city went without power including Chamundi Hill, Chamundipuram, Jyothinagar, Tavarakatte, Hinkal, Gaurishankarnagar and Gunduraonagar, and a tree had snapped power lines at Siddartha Layout.

The woes of people moving in their vehicles from one place to another turned from bad to worse as the city Police had imposed restrictions on vehicle movements around the places where Dasara events were held. The Police too had a tough time in controlling traffic amidst rain.

While people mobbed the Aahara Mela to have their favourite food despite rains, venues like Dasara Exhibition wore a deserted look. Vendors were seen with their wares spread, waiting for customers.