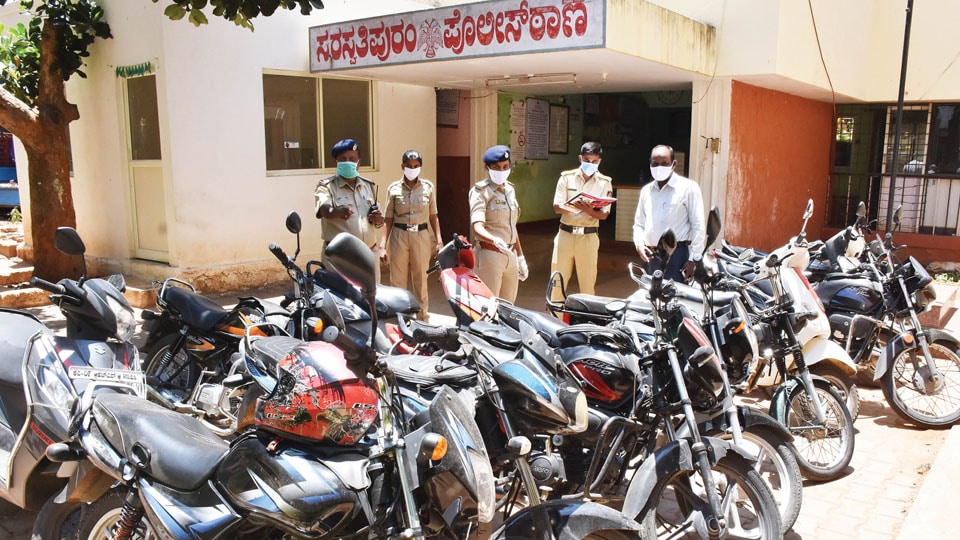 Mysore/Mysuru: In a crackdown on COVID-19 lockdown violators, the City Police on Monday seized 303 vehicles across the city for violation of lockdown regulations.

DCP Dr. A.N. Prakash Gowda said that the Police were forced to seize the vehicles as they came on to the roads despite regular appeals to the public not to unnecessarily venture on to the roads as lockdown was in force.

Pointing out that the vehicles were  seized after their images of moving on roads were captured by CCTV cameras installed at numerous points in city, the DCP said that the vehicle owners will be served a notice on taking action against them for lockdown violations.

Asserting that the seized vehicles will not be released until the lockdown gets over, Dr. Prakash Gowda appealed the public to follow lockdown regulations and to stay indoors as a safety measure.