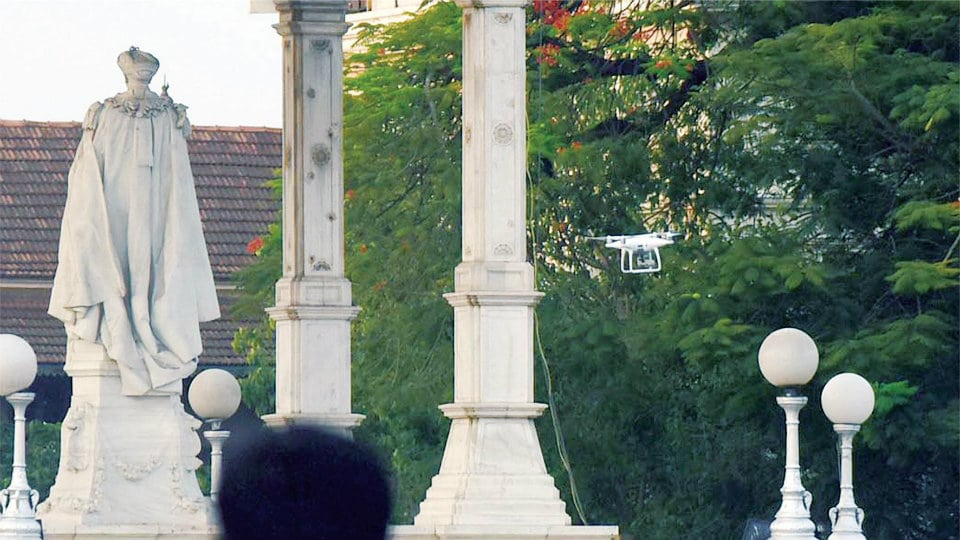 Mysuru: The city Police prevented a film crew from shooting near the Mysore Palace with the help of a drone yesterday evening. Using drones in public places have been restricted by the authorities due to security reasons.

Some public complained to the Devaraja Police that a film crew was shooting near Kote Anjaneyaswamy Temple near the Palace, and Chamaraja Wadiyar Circle that are restricted areas. The film crew, from Chamundeshwari Creations, was shooting on behalf of Vijay Films for Kannada movie “Rajangu Ranigu.” The crew had permission to shoot in the Palace but was not permitted to use drones.

Following complaints from the public, the Devaraja Police arrived at the spot and sensing trouble, the film crew suspended the drone usage and the device was taken away from the spot. Though initially the producers claimed they had permission from City Special Branch Police for shooting with drones, when the Police insisted on the permission letter, the crew fled the spot.

People gathered at the place objected the use of drone and this led to a war of words between the film crew and the public. Public alleged that the crew misbehaved with them before the Police arrived. The Police have booked a case and have seized three vehicles. 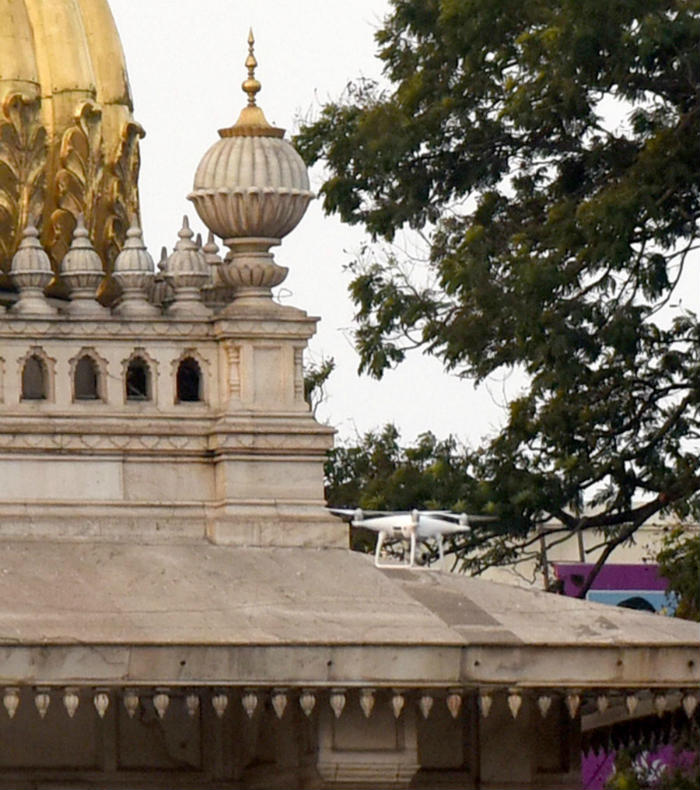 According to Devaraja Police Inspector Nagesh, there was a circular from Police headquarters in Bengaluru directing officers to restrict and check using of drones, heli-cams mounted on quad/ hexa / octo-copters in public places as well at private functions because of security reasons. “Since Mysore Palace is a protected place, we rushed to the spot and stopped them from shooting,” he said.

It may be recalled here that the use of private drones has been banned by the Government as it can put people’s lives in danger in case the low-flying drones hurt someone if it crashed. They are also considered a security hazard as anti-national elements can use them to conduct a survey of sensitive places for plotting terror attacks.

The Police can book violators under different sections of IPC, most prominently section 336 (an act endangering life or personal safety of others).