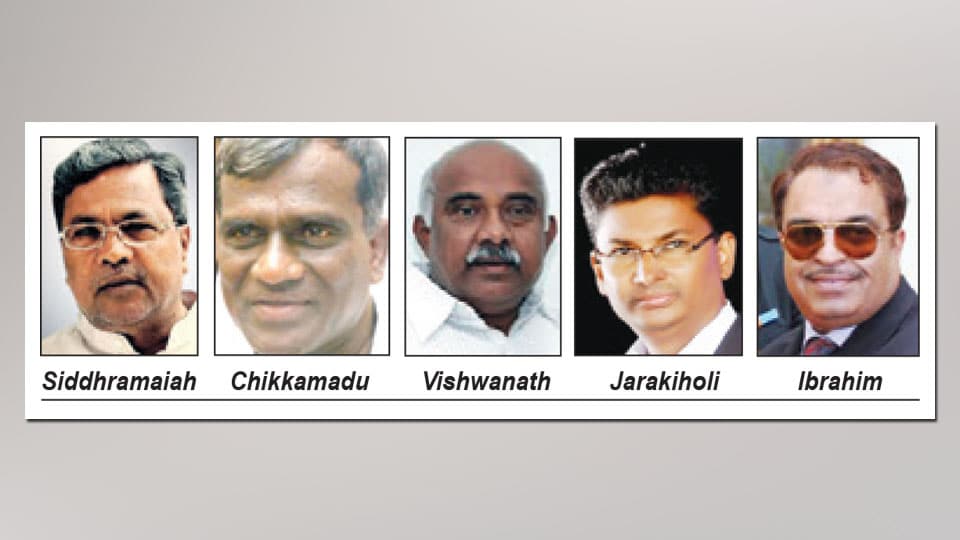 The Congress leaders, who are likely to follow Vishwanath, are C.M. Ibrahim, MLAs Satish Jarakiholi and Malikayya Guttedar, former MP Kodandaramaiah and others. These leaders are said to be planning to join the JD(S) in a group and a final decision will be taken in this regard in June after watching the political developments in the State.

Former Minister and Congress MLA  Satish Jarakiholi is said to be upset over the interference of Energy Minister D.K. Shivakumar in Belagavi politics.

Satish is also said to be unhappy with the dominance of KPCC Women’s Wing President Lakshmi Hebbalkar.

Satish Jarakiholi is said to have given a one month’s time to the Congress High Command to set things right in Belagavi Congress, when he met the news Congress party in-Charge of the State K.C. Venugopal in Bengaluru recently. He is said to be waiting  for the High Command’s action, following which he will take his own decision.

Vishwanath, having agreed to Satish’s decision, is said to have held talks with Malikayya Guttedar, C.M. Ibrahmin and other Congress leaders in his (Satish) presence.

Also the disgruntled Congress leaders are keenly awaiting the appointment of new KPCC President. These leaders are worried that any leader close to Siddharamaiah may further strengthen the grip of the CM over the Party.

MLA Malikayya Guttedar, who  is said to have held  several round  of talks with disrupted Congress leaders, to chalk out future strategy in case Siddharamaiah’s grip over the party heightens further in the coming days.

Stating that Vishwanath is upset over being sidelined in the party, Chikkamadu claimed that Vishwanath had held talks with  former CM and State JD(S) President H.D. Kumaraswamy last month, during which he and his fellow party MLA S.R. Mahesh were present. Claiming that Vishwanath had hinted to join the JD(S) if he was welcomed by everyone, Chikkamadu said that MLA G.T. Devegowda could not attend the booth-level JD(S) party workers meeting in the city recently, as he had gone to Tirupati to celebrate the wedding anniversary of his son.

Continuing, Chikkamdu said that Vishwantha’s entry to JD(S) will be finalised at a meeting to be convened by party Supremo  H.D Deve Gowda in which he and his fellow MLAs S.R. Mahesh, G.T. Devegowda and others will take part.

Strongly condemning BJP Vice-President  V. Sreenivasa Prasad’s claims that JD(S) did not filed its candidates in the Nanjangud and Gundlupet by-polls only to help the Congress, Chikkamadu asserted that JD(S) kept off from the by-polls as it could not field strong candidate.

Alleging that Sreenivasa Prasad spent a huge sum of money to defeat JD(S) candidate Kalale Keshavamurthy in the 2013 Assembly polls, Chikkamadu said that it was unfair for Prasad to blame the JD(S) for his defeat in the recent Nanjangud by-polls.