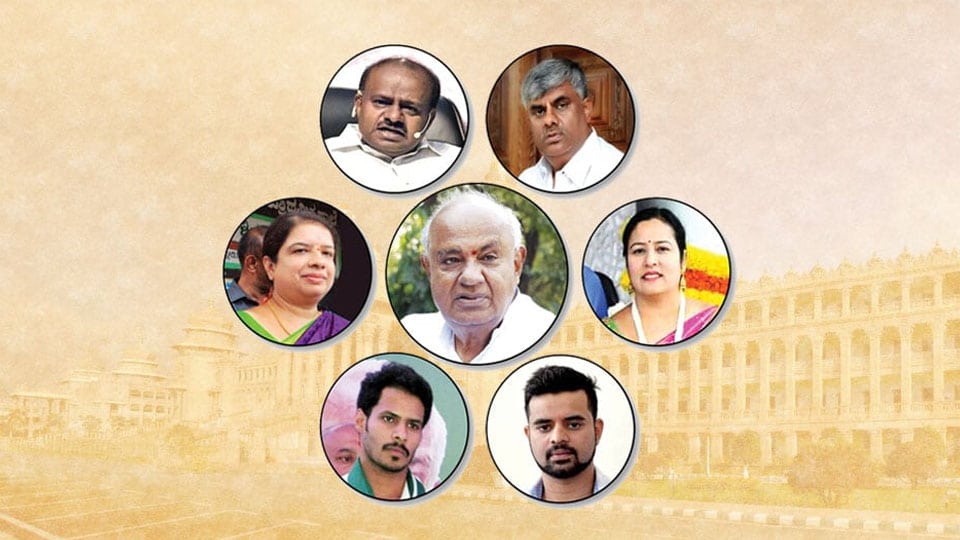 Bengaluru: JD(S) supremo H.D. Deve Gowda has obviously not learnt any lessons from the severe drubbing he and his party received in the recent Lok Sabha polls, where the voters outright rejected the family brand of politics patented by him.

Though regional parties in other States are no less dynastic, many of them have built a strong leadership team outside the family circle. The JD(S) once boasted of some of the tallest leaders in the State, but most of them have now migrated to other parties, with those who remained back fading into oblivion.

The party is now in such a pathetic condition that it could not even muster half-a-dozen candidates to field during the recent Lok Sabha elections, while its area of influence is confined to just a few districts of the State.

Regional outfits have never survived in Karnataka and Gowda deserves credit for keeping JD(S) afloat for so long, but due to his family-comes-first policy, the party has failed to emerge as a strong alternative to the Congress and BJP.

Though Gowda calls himself ‘mannina maga’ or son of the soil, his party has not succeeded in appropriating regional issues like federalism, ‘Hindi imposition’, injustice to locals in banks and Central Government jobs or Mahadayi water dispute, which are trending among the youth. The party which could have established itself as a credible voice of the Kannadigas has simply frittered away a golden opportunity that was offered to it on a platter.