Home » News » Political defections at Srirangapatna: Who will be the next MLA? 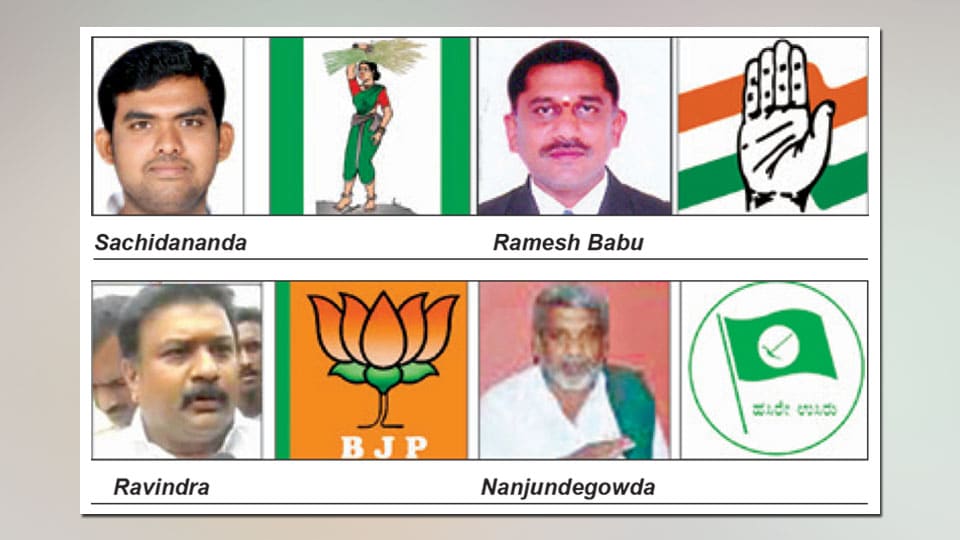 Political defections at Srirangapatna: Who will be the next MLA?

Mandya: With still a year to go for the 2018 Assembly elections, aspiring candidates are making silent preparations to contest the poll.

Even as election fever seems to have gripped Srirangapatna, a full one year ahead, major political parties — BJP, Congress and JD(S) have begun to look for winning candidates.

Induvalu S. Sachidananda, a staunch follower of actor and MLA Ambarish, sitting MLA Ramesh Babu Bandi Siddegowda, Ravindra Srikantaiah and KRRS leader K.S. Nanjundegowda are some of the names which are doing the rounds in the constituency.

The Congress and JD(S) which has a strong presence in the constituency, is looking for the right candidate who can bring victory to them. The KRRS and the BJP too have presence in some areas. Sitting MLA Ramesh Babu, who was elected on a JD(S) ticket in 2013, is all set to join the Congress. Ravindra Srikantaiah, who was considered as a staunch follower of S.M. Krishna is likely to follow the foot steps of his leader and join the BJP ahead of the elections.

Ravindra has already quit the Congress in support of his leader S.M. Krishna. In case Ravindra opts to join the BJP then he may have to face opposition from his followers who have associated with him for long. 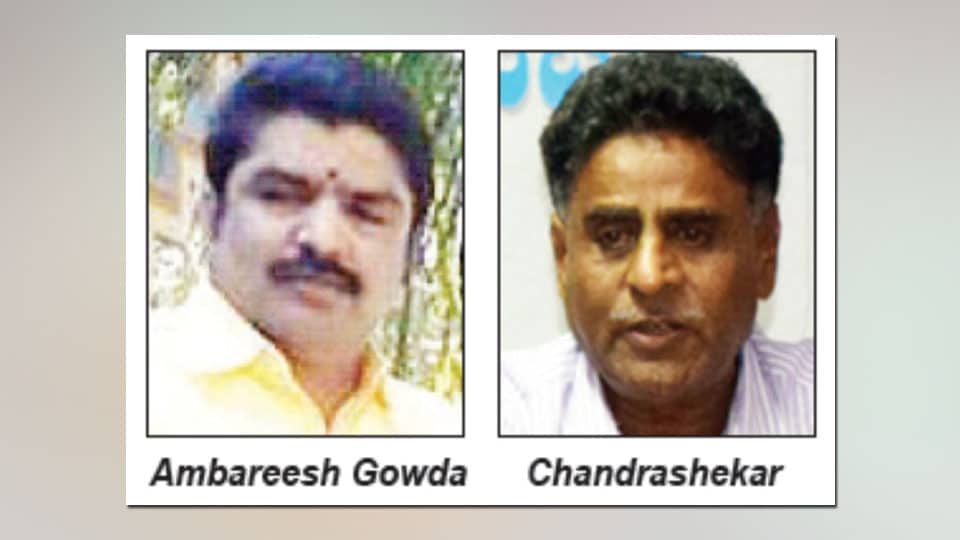 KRRS leader K.S. Nanjundegowda seems to have gained sympathy after losing successive elections. Meanwhile, Induvala Sachidananda is being wooed by both the Congress and JD(S). Sachidananda who has emerged as a youth leader in the constituency, is criss-crossing the constituency in a bid to keep in touch with the voters.

Sachidananda is hectically touring the constituency organising youth groups, women self help groups and associations and organisations. Sachidananda who has maintained good contact with top Congress leaders both at the State and National level, is said to be keen on joining the JD(S).

Sachi, as he is popularly known, is also said to have good contact with JD(S) supremo H.D. Deve Gowda and State JD(S) Chief H.D. Kumaraswamy. However, with leaders trying to defect to other parties in search of a better political future, a clear picture can emerge only after 3-4 months and the picture will be all the more clear once the poll schedule is announced for May 2018 elections.

Even as MLA Ramesh Babu seems to be walking away from the JD(S) from which he was elected in the 2013 Assembly polls, the JD(S) camp is filled with many aspirants, with the latest addition being Palahalli Chandrashekar.

M. Bhaskar (Ambareesh Gowda), who has been associated with the Congress for the past few years, is a strong contender for the party ticket. M. Bhaskar, who is said to be close to Chief Minister Siddharamaiah, is pulling out all shops to get the party ticket for the 2018 Assembly polls.

Bhaskar, who was earlier associated with the Janata Parivar before joining the Congress, is also said to be in touch with JD(S) leaders.

Palahalli Ramakrishna, who quit the Congress in support of S.M. Krishna, too has eyed the JD(S) ticket and is seeking the support of Mandya MP C.S. Puttaraju. In all, the political scenario in Srirangapatna seems to be confusing, as there is a long que of leaders and ticket aspirants to contest the Assembly poll and a clear picture will emerge only after 3 or 4 months.