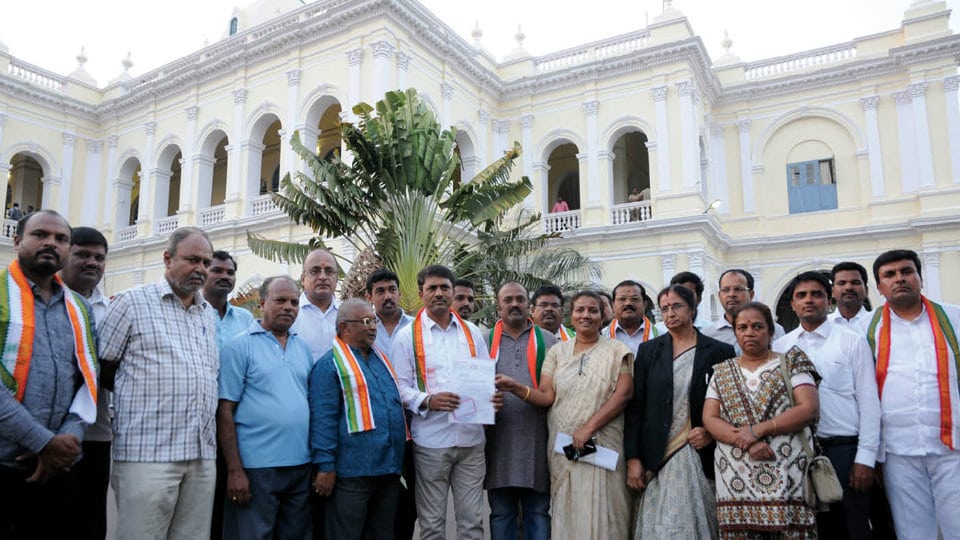 The Congress has accused Pratap Simha and his followers of decorating the idol of Shiva, the presiding deity of Chandramouleshwara Temple, Siddalingapura, which belongs to the Muzari Department, with a shalya having the BJP symbol.

Terming the MP’s act as a poll code violation, the district Congress has urged the district administration to take action against the MP.

Congress leaders who met the DC, sought action against Pratap Simha for using the temple for poll campaign, which is a clear violation of the model code of conduct.