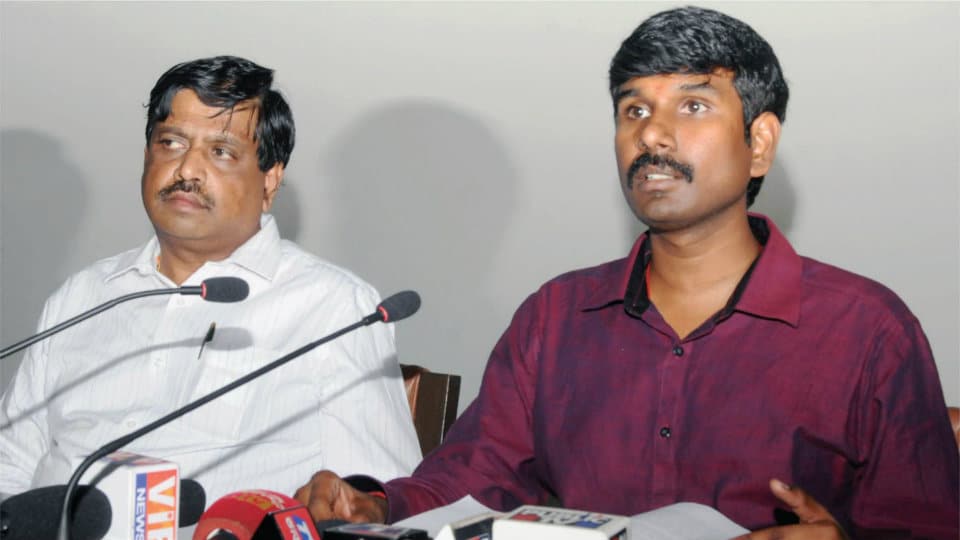 Mysuru: With Election Commission of India (ECI) announcing the schedule for the Karnataka Assembly elections yesterday, political parties and their leaders have come under scanner as the Model Code of Conduct came into effect immediately.

Deputy Commissioner K.B. Sivakumar, who is also the District Electoral Officer, said that the administration will be ‘ruthless’, if there is any violation of the Model Code of Conduct. “We will register cases with regard to the violation and take appropriate action,” he told reporters at a press conference at Zilla Panchayat (ZP) Office yesterday.

There was information about a few people distributing cash, gifts and food to the public in some places. “However, we could not take any action, as election schedule was not declared then. Now, we will act on such information. Nobody should use any vehicle for political activity without taking prior permission from the administration,” the Officer said and added that they are fully prepared to conduct free and fair polls.

STRICT MONITORING: As the poll dates have been announced, the District Election Management Plan (DEMP) has come into force. As per the Election Commission protocol, the district election authorities will monitor day-to-day poll-related activities and submit reports daily to the EC-appointed teams.

Government vehicles of elected representatives and Chairmen and Chairpersons of Boards and Corporations in the district were being taken back to comply with the code of conduct.

2,860 POLLING BOOTHS: Sivakumar said that basic groundwork for conducting the polls in the 11 Assembly constituencies in Mysuru district had been completed with about 99.8% of electoral roll revision. The district has 24,32,338 voters, who will be casting their votes in 2,860 polling booths.

Each EVM consisting of a control unit and ballot unit will also have a VVPAT (Voter Verifiable Paper Audit Trail) machine at all polling booths and steps will be taken to educate voters on the operations of the VVPAT, which gives a feedback to voters after he or she exercises their franchise. Awareness on ‘None of the Above’ (NOTA) option will also be carried out, he explained.

17,500 POLLING PERSONNEL: Sivakumar said 17,500 polling personnel would be required to conduct elections in the district and flying squads, static surveillance team, teams enforcing model code of conduct, video surveillance teams have been constituted and trained, he said, adding that all Returning Officers (ROs) will be certified by conducting an examination and training to standardise their roles and responsibilities.

He said 210 sector officers and 46 static teams have been given the task of removing advertisements of the government put up on government properties or elsewhere. Publicity material put up by the parties or by “would-be” candidates will also be removed. Government ads put up on KSRTC buses and other vehicles were also being removed.

In a bid to prevent voter appeasement, the DC has asked the ZP CEO P. Shivashankar to give a report on the works carried out recently and the works enlisted for carrying out henceforth. He said continuous revision of voters’ list will be on till the date of filing nomination papers.

A circular has been issued to ensure that all PAs of MLAs are returned to their native departments. Political heads of institutes have been asked to return their government vehicles with immediate effect.

DISABLED-FRIENDLY: The polls will be “disabled-friendly” as the authorities have promised to address the problems faced by such persons in accessing polling booths and exercising their franchise. A special list of voters with disabilities has also been planned. “Wheelchairs, scribes for persons with visual disability to help them cast their votes, ramps and other facilities have been planned. A committee headed by the ZP CEO has been constituted to look into the needs of the disabled at the booths and provide facilities accordingly,” Sivakumar said.

With booths mostly set up on school premises, steps have been taken to ensure all basic facilities for the voters and the polling staff, which include potable water, furniture, and electricity, are in place. In addition, a Voter Assistance Cell will come up in each booth to facilitate voters to locate their booths, numbers in the rolls and cast their vote without any difficulty.

He said steps would be taken to set up an all-woman booth in each constituency (Mysuru district has 11 constituencies) and voters’ photo slips will be distributed to the voters one or two days before the polling day. 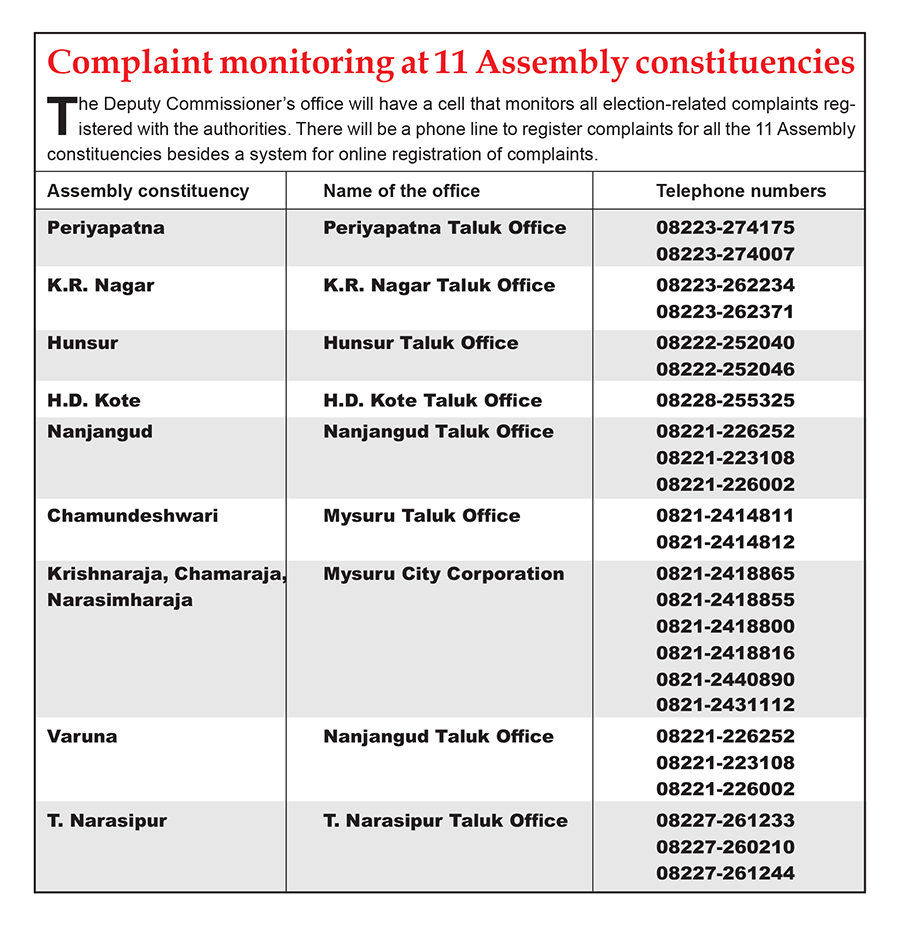