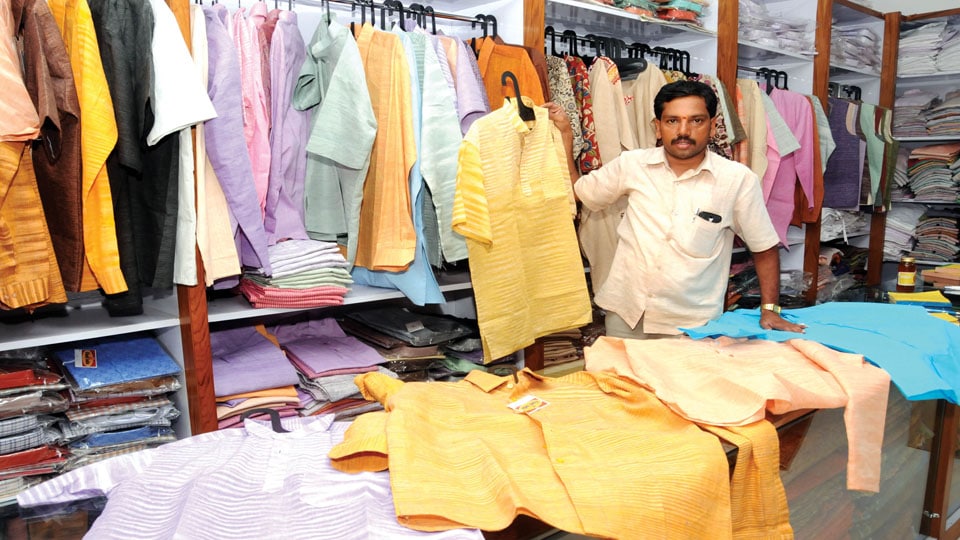 This white-coarse Khadi was a political weapon which broke the monopoly of British mills and saw a rise in India’s indigenous cotton. With the use of Charkha, Khadi was hand-spun to mark the start of a manufacturing revolution in India. With its early inception, since the days of Swadeshi movement, Khadi has seen a great transition from being the fabric of freedom to the modern day fashion statement.

Considering the popularity and the power of Khadi, politicians chose Khadi as an integral part of their lifestyle and started their political stint. For them, wearing Khadi is staying connected with India’s formation of democracy and struggle for freedom.

This fashion statement has been passed on from one generation to the other and Indian politicians have stuck to Khadi as a symbol of nationalism. 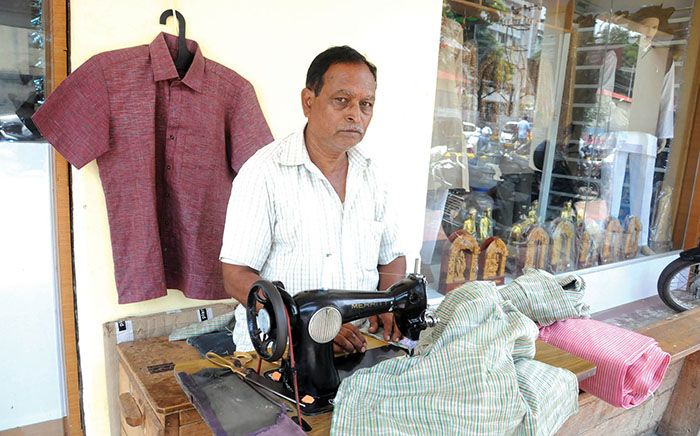 Tailor Kantharaju on Dhanvantri Road is in demand now for customised Khadi cloth.

Khadi has become the trademark of politicians and as the election season is here, crisp Khadi clothes are flying off the shelves from all Khadi stores in city. Cashing on the trend, most of the stores are offering discounts that range between 15 to 30 per cent.

Jagadeesh, who owns Tirupur Khadi Store at Lansdowne building, says, “It is election season and business has increased. We sell Khadi shirts, pants, towels, National flags, lungis, etc along with Khadi cloth material. We are in the business since 85 to 90 years. Business is generally good in summer as Khadi acts smooth on our skins. We get finished products from Andhra Pradesh, Tamil Nadu, Uttar Pradesh and parts of Karnataka.” 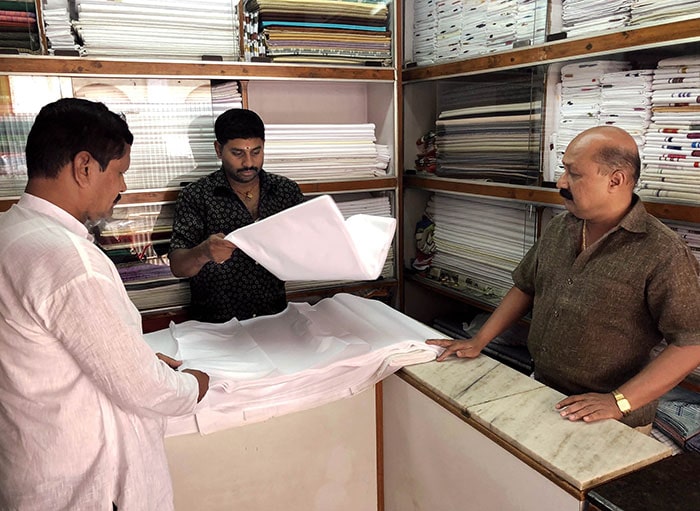 Jagadeesh and one of his employees displaying Khadi cloth material to a customer at their Tirupur Khadi Store at Lansdowne Building.

READ ALSO  Where have the sparrows gone?

Mallikarjuna Aradhya of the store, says, “The sales have gone up after the election dates were announced. We are earning Rs. 30,000 extra on a daily basis compared to other days. The range of Khadi material varies from Rs. 160 per metre to Rs. 500 per metre depending on the quality. We are offering 15% discount. Generally many political parties buy material from us and get their dress stitched outside.” Khadi Vastralaya also has a tagline – ‘Ushna Kalai Sheetham, Sheetha Kalai Ushnam, Adhuvai Khadi Vastram’ meaning that Khadi cloth provides a cooling effect during summer and warmth during winter. Claiming Khadi to be an all-round the year cloth, B.M. Rajappa, Manager, Khadi Vastralaya, said, “We have been in this business since three years and we get our products from Badanavalu Khadi Kendra. We use only handloom for weaving the thread. We have designed short Kurtas which have recently become fashionable.”

I am not a candidate but I am canvassing for Congress candidate. Just yesterday I bought four white Khadi shirts costing Rs.3,600. In the blazing sun, while we are on the move seeking votes, Khadi keeps us cool.

Even at Khadi Bhandar on Sayyaji Rao Road near Agrahara Circle, the sale of Khadi has gone up. The owner of the shop Shivappaji was all smiles when he said, “We stock Khadi from Karnataka, Tamil Nadu, Uttar Pradesh and Mumbai and sell Khadi silk. We are also offering 20 to 30% discount. Along with Khadi clothes, coloured Shalyas (a long piece of cloth slung over the shoulders) of Congress and BJP are also in great demand.” Shivappaji at his Khadi Bhandar store on Sayyaji Rao Road.

However, sales at Khadi Store near K.R. Police Station, close to Agrahara Circle, are yet to pick up. “We are yet to see the election season sale though we have our normal sales. As the party tickets have been announced, business is likely to pick up,” said M. Naveen of the store.