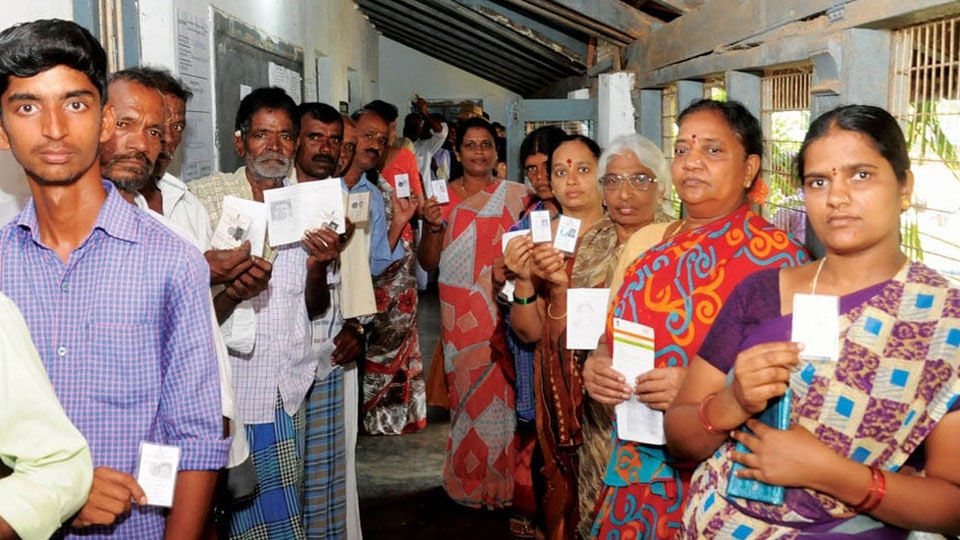 Mysore:  The Election Commission on Thursday announced that elections to 63 Urban Local Bodies (ULBs) in different parts of the State will be held on May 29.

The elections to 63 ULBs include eight City Municipal Councils (CMCs), 33 Town Municipal Council (TMCs) and 22 Town Panchayats. On May 29, by-polls to two BBMP Wards — Kaveripura and Sagayapuram and one Ward each in Tumakuru Mahanagar Palike, Hebbagodi CMC in Bengaluru and Sadalaga and Mugalkhad TMCs in Belagavi will also be held. These seats fell vacant following the death of elected representatives, he said.

Elections to 109 ULBs, whose term had ended in September  2018, were held in the first phase in August last year. Of the remaining 103 ULBs, whose term ends between March and July 2019, only 63 ULBs will go to the polls on May 29, Srinivasachari said and added that this is because cases pertaining to the remaining 39 ULBs are pending in the High Court.

The ULBs going to the polls on May 29 include Nanjangud CMC, K.R. Nagar, Bannur, Malavalli, K.R. Pet, Srirangapatna and Gundlupet TMCs.

There are 31 Wards in Nanjangud CMC, while K.R. Nagar, Bannur, Malavalli, K.R. Pet, Srirangapatna and Gundlupet TMCs have 23 seats each. The polling will take place from 7 am to 5 pm on May 29. The counting of votes will be taken up on May 31.