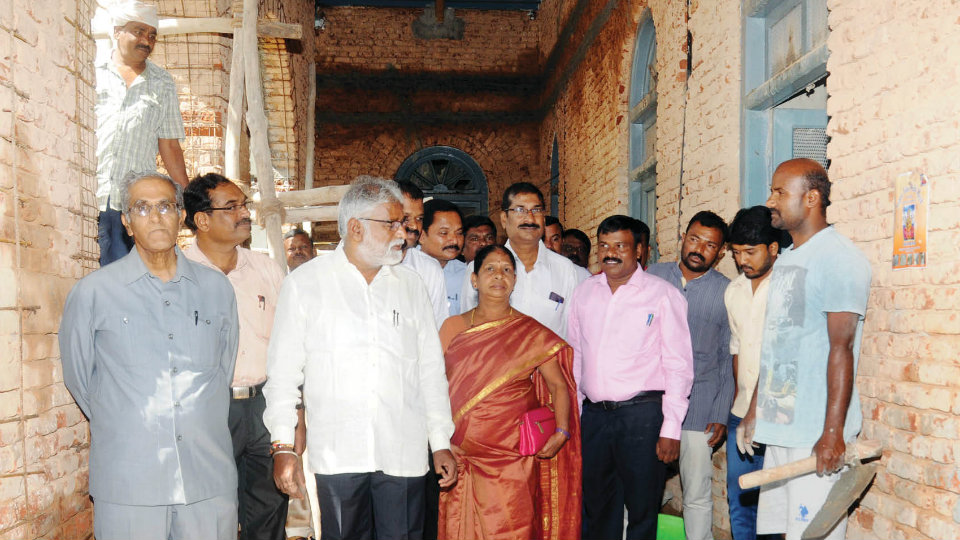 Mysuru: The student strength at the 185-year-old Maharaja’s High School on JLB Road is at an abysmally low 120 in all the three classes put together (8th, 9th and 10th). The situation is equally alarming this year as no one is willing to join this historic school called ‘Maharaja’s Free School’ set up by Mummadi Krishnaraja Wadiyar in 1833.

Primary and Secondary Education Minister N. Mahesh visited the Maharaja’s PU Composite College and first inspected the renovation work of the PU College this morning. Then he visited the school and after interacting with the SSLC students and teachers was impressed with the facilities at the school but was equally surprised to see the poor strength of students.

Later, addressing the media, Mahesh said that a school with such a rich legacy and some of the finest minds studying here should at least have a strength of 1,000. Unfortunately, it is not able to attract students  in large numbers.

“My own son studied here in PUC. Luckily, the PU College has a strength of 2,000 students and hence it is not facing any problems. But the situation in the High School is really dismal. One of the reasons I found out was that the feeder higher primary schools in and around the city is not close to this high school. Moreover, there are now 22 government high schools opened in the city and hence parents prefer to send their children to schools closer to their homes,” he said.

According to Mahesh, another major reason is the neglect by the Department officials to attract students to this school. “The Deputy Director of Department of Public Instruction S. Mamatha has  informed me that nearly 4,000 students pass out of higher primary schools. These are the feeder schools. Let them join other government schools but the officials should see that they work hard to get at least 500 students to join Maharaja’s High School,”   he said.

Just distributing brochures of the school will not help in attracting the parents to admit their wards to the school but what is very important is to explain the facilities offered by the school, he said. 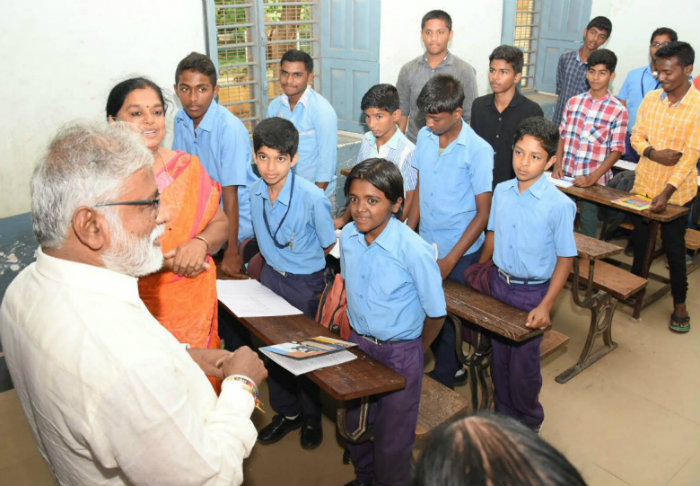 On whether private schools are snatching away students as there was a complaint that a newly-opened private school was offering Rs.1,000 to each student’s parent, he said that they will initially attract the gullible parents and later charge all kinds of fees. “We are even ready to offer bus service to the students under Sarva Shikshana Abhiyan if more students can be attracted,” he added.

Asked about the enormous pressure the teachers were under as they had to multi-task, attending poll-related duties, handling mid-day meal schemes and as a result they will not have the energy to teach in classes, Mahesh said that discussions were being held in this regard with NGOs and experts to device ways to lessen the burden.

Former Principal and retired Director of PU Education B. S. Sridhar Raj Urs and the Maharaja’s High School Alumni Association of which he is the President, have come forward to give Rs. 1,000 to each meritorious student who gets admitted to the school from June 18 onwards.

The school has ISKCON mid-day meal, Ksheera Bhagya and free uniforms are provided to the students. The old students of the Association provide scholarships, notebooks and pens to the students, he said.

“It is due to the mushrooming of too many schools that the strength has come down. However, there is still time for admission and the public can utilise this opportunity to admit their children to study in the historic school,” he said.