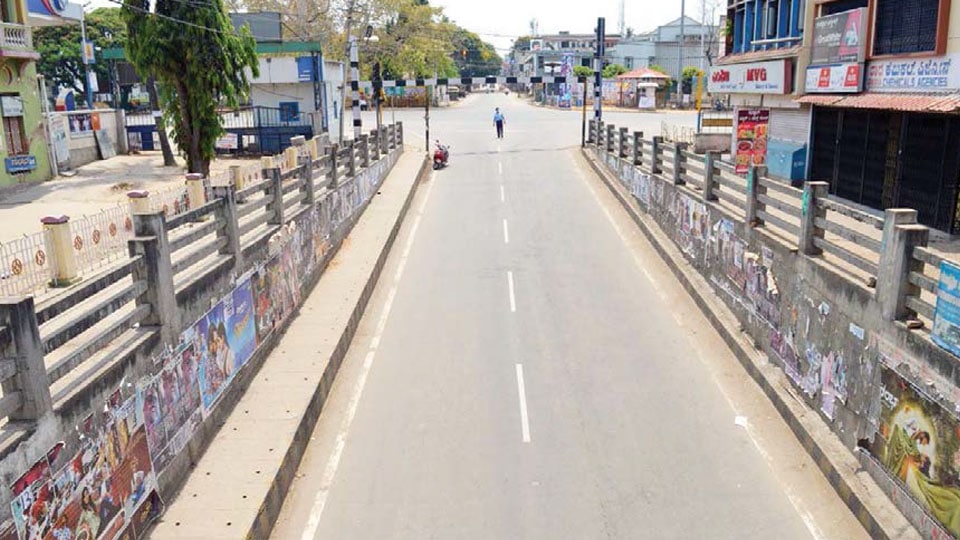 Mandya: Even as Malavalli taluk in Mandya district has been declared as a Containment Zone, another person, who is suspected to have had contact with those who had returned from the religious congregation in Delhi last month, tested positive on Wednesday.

On Tuesday, three persons from Malavalli  had tested positive and now all the four are being treated at the COVID-19 ward of Mandya Institute of Medical Sciences Hospital.

Meanwhile, 51 COVID-19 suspects of the district are under observation at the quarantine facility of the Hospital and blood samples of 43 of them were sent to the lab for testing. According to lab reports, 27 have tested negative, while the reports of the remaining 16 are awaited, according to Mandya DC Dr. M.V. Venkatesh who also said that 93 persons in the district were still under home quarantine.

A day after Malavalli was declared as Containment Zone, Revenue Minister R. Ashoka, who is also the Mandya District-in-charge Minister, visited the town on Wednesday and took stock of the situation.

The Minister, who walked through prominent streets of the town, reviewed the enforcement of lockdown regulations and other measures in place including social distancing. DC Dr.M.V. Venkatesh,SP Parashuram, ZP CEO Yalakkigowda, Assistant Commissioner Suraj, Taluk Health Officer Dr. Veerabhadrappa and other officials were present.