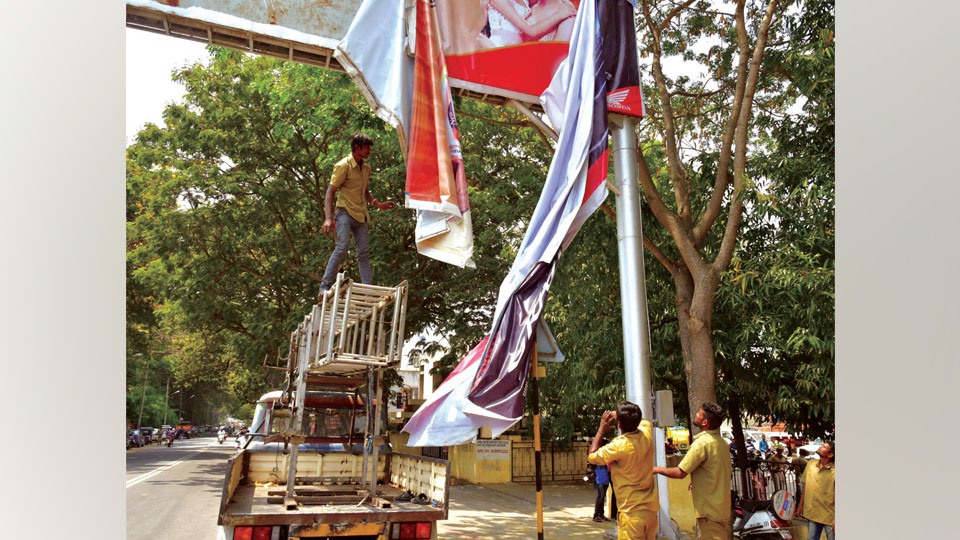 Mysuru: The District Administration has started the process of removing posters, flex banners and buntings erected by all political parties across the city. The move comes after the Election Model Code of Conduct coming to force yesterday.

“As per the norms under the Karnataka Open Places Prevention of Disfigurement Act, hoardings, posters will be removed immediately. Those who put up hoardings in violation of the Model Code of Conduct will face action,” Mysuru District Electoral Officer and Deputy Commissioner K.B. Sivakumar said.

Over 14 teams have been constituted including the MCC’s Abhaya teams and they have been provided vehicles and cleaning equipment to remove posters. Advertisements on KSRTC buses too will be removed.

Karnataka Chief Electoral Officer Sanjiv Kumar has asked the District Administration to either cover or remove photographs of political leaders on hoardings. Any hoarding or advertisement projecting the achievements of a political party or living political leader should be removed.