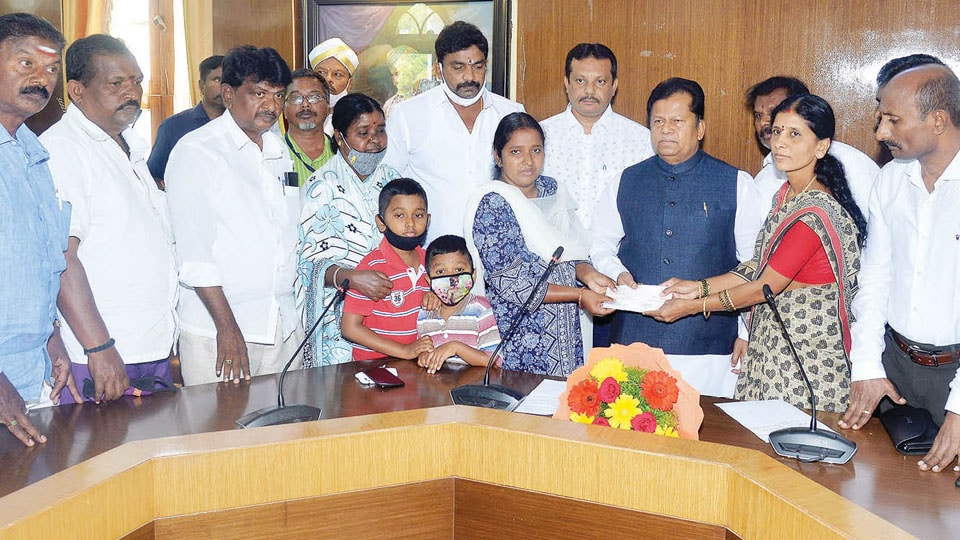 Vasantha, wife of Suresh, a deceased Pourakarmika, received the cheque. Shivanna said he came to know about non-payment of compensation to the family of Suresh, who died in the line of duty last year, through a newspaper, and instructed officials to arrange for payment immediately. “The Commission’s endeavour is to extend all facilities to families of deceased Pourakarmikas and accordingly, Rs. 5 lakh cheque has been disbursed.

Since Vasantha has completed second PU course, she will be given ‘D’ Group job in Mysuru City Corporation (MCC) instead of offering her the job of Pourakarmika. Besides, education expenses of her children will also be taken care of by the Corporation,” he added.

He said Pourakarmikas have played important role in helping Mysuru City to bag ‘Clean City’ award. In the wake of this, the MCC authorities have been asked to make direct payment of salary to bank accounts of Pourakarmikas. Besides, services of Pourakarmikas working on contract must be regularised. A proposal to this effect will be submitted to Chief Minister B.S. Yediyurappa soon.