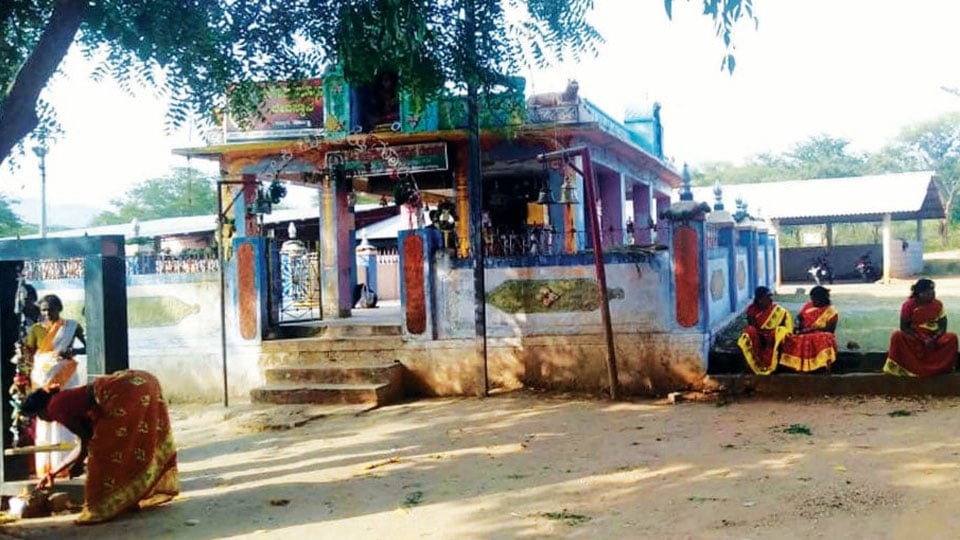 It may be recalled that this temple was in news for the incident that claimed 17 lives and more than 110 persons took ill after consuming the prasadam laced with poison distributed in the temple on Dec.14, 2018.

The Under-Secretary to the Revenue Department (Endowment) has issued orders in this regard on Feb. 26 and has been published in the Gazette on Apr.4. The temple has been notified as a declared temple under Section 42 of Hindu Religious Institutions and Charitable Endowment Act 1997.

The Deputy Commissioner had submitted a proposal to take  over the temple which was under the management of the local Trust on Dec. 24.

Based on this proposal, on Jan.2, 2019, the Commissioner of Endowment Department issued a show cause notice to the Temple Trust. The Trust members had given in writing that they will hand over the movable and immovable properties to the Endowment Department in the presence of Special Deputy Tahasildar of Hanur Taluk.

Accordingly, the Government took over the temple under Section 42 of Hindu Religious Institutions and Charitable Endowment Act 1997.

Speaking to Star of Mysore, Chamarajanagar Deputy Commissioner B.B. Cauvery informed that she had noticed the gazette announcement on Apr.4. She said that the order was yet to reach her Office. An Administrator may be appointed first and later a committee will be formed.

The locals said that no puja is being offered to the deity since the ill-fated incident happened and the temple remains closed. Two local GP members said that they are expecting the temple to re-open after the Lok Sabha elections.