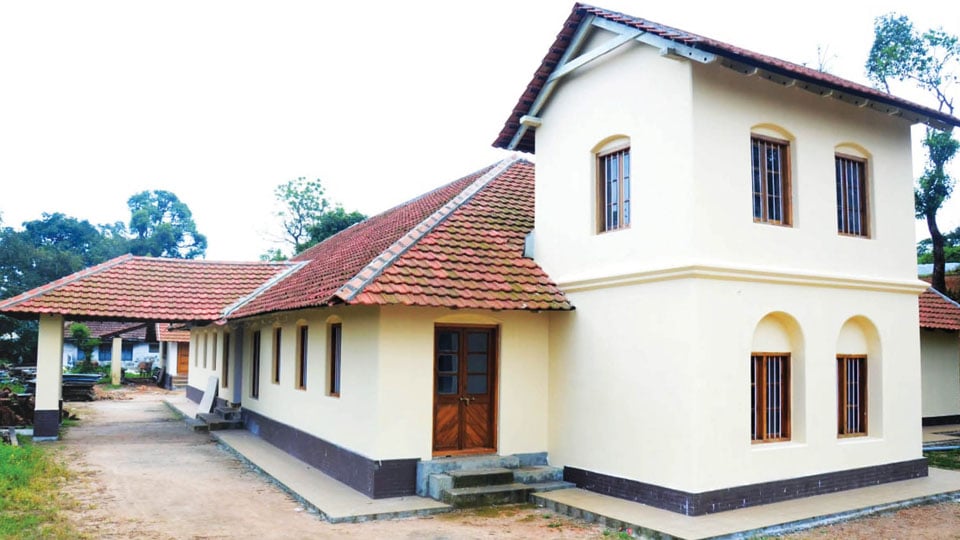 President in Kodagu on Feb. 6

To open ‘Sunny Side’ museum dedicated to Gen. K.S. Thimayya

Madikeri: President Ram Nath Kovind will arrive in Kodagu district on Feb. 6 to inaugurate the renovated ‘Sunny Side,’ the residence of Gen. K.S. Thimayya that has been converted as a museum. Gen. Thimayya served as the Chief of Army Staff from 1957 to 1961 in the crucial years leading up to the conflict with China in 1962.

The President’s Office has confirmed the visit in a communiqué sent to Field Marshal K.M. Cariappa-General K.S. Thimayya Forum Convenor Col. K.C. Subbaiah who had formally invited the President in April last year to dedicate the museum to the nation and also inaugurate Gen. Thimayya War Memorial.

Accepting the invitation, the President’s Office has on Jan.15 confirmed to Col. Subbaiah about the VVIP visit. President Kovind will participate in the inaugural ceremony on Feb. 6 from 3 pm to 4 pm. Elated over the visit confirmation, Col. Subbaiah said that it would be a historic day for Kodagu and the memorial would gain national attention.

‘Sunny Side’ is located on G.T. Road in Madikeri and has been renovated at an estimated cost of Rs. 6 crore. The structure earlier housed RTO office. Art works featuring the valour of Indian soldiers on the battlefield have now occupied the centre stage at ‘Sunny Side.’ Other main attractions of the museum are an Army Tank that was transported by road from Kirkee War Cemetery at Khadki near Pune in Maharashtra, articles used by Gen. Thimayya, military uniforms, books and information on Indian Army, Navy and Air Force. Apart from the Army Tank, weapons that were used by the soldiers of Indian Army in the past during many operations have been donated to the museum.