Home » News » Ramakrishna Hegde took to resort politics only to save Democracy: Journalist 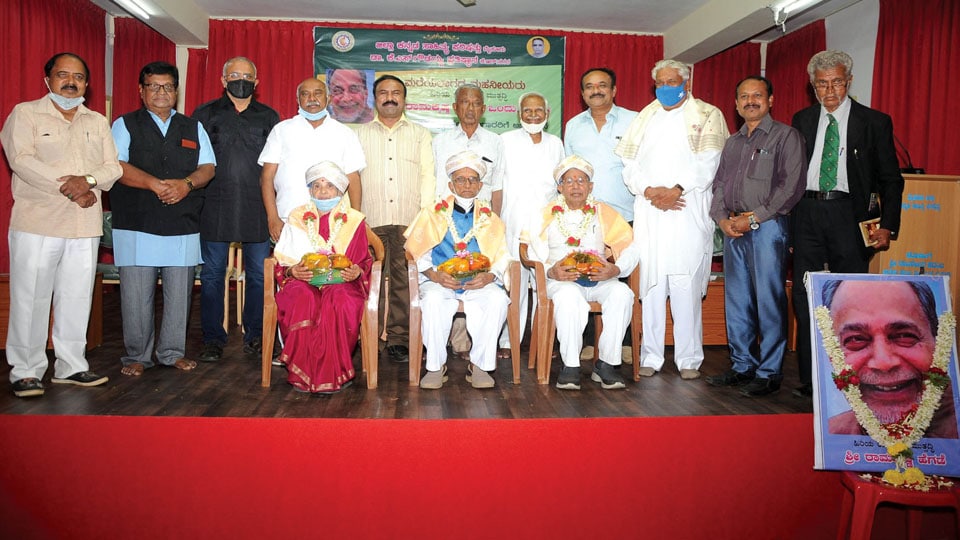 Ramakrishna Hegde took to resort politics only to save Democracy: Journalist

Mysore/Mysuru: Maintaining that it was former Chief Minister Ramakrishna Hegde who first turned to resort politics for saving Democracy, Senior Journalist Krishna Prasad said it is wrong on our part to assume that senior Congress leader D.K. Shivakumar (now KPCC President) is the first politician of the State to have introduced resort politics.

Noting that Ramakrishna Hegde was forced to turn to resort politics in order to save the non-Congress Government of N.T. Rama Rao (NTR) in neighbouring Andhra Pradesh in the 1980’s, Krishna Prasad regretted the scenario has completely changed now, with politicians turning to resort politics often  only for meeting their selfish ends.

Observing that the country can grow only after corruption, casteism, nepotism and such other maladies are eradicated, he said that it is deeply disappointing to note that casteism, along with nepotism and favouritism,  has raised its ugly head in politics like never before.

Asserting that Ramakrishna Hegde took all castes and communities along during his reign as the Chief Minister of the State in the 80’s, Krishna Prasad said leaders like Abdul Nazir Sab could come up because of the total support of Hegde. He further said that Ramakrishna Hegde never allowed his family members to meddle in his administration and refrained them from entering politics. But the present situation is totally different with politicians vying with each other on promoting their children and kith & kin, he added.

Krishna Prasad also said that journalists formed a majority of friends of Ramakrishna Hegde and the former Chief Minister used to speak to them whenever they called him.

Former Assembly Speaker Krishna (K.R. Pete Krishna), who inaugurated the programme, bemoaned that no party or politician seems to be interested in rooting out corruption. Asserting that eradication of corruption is key for the growth and advancement of a nation, Krishna expressed disappointment that no one, right from the Prime Minister to the MLA is taking the issue of corruption seriously.

Expressing concern over the dis-empowerment of Lokayukta, which was set up by Ramakrishna Hegde as an anti-corruption watch-dog, the former Speaker opined that the Congress would have stayed away from power for decades had Hegde remained in power for a few more years.

MLC and former Minister A.H. Vishwanath said that the CM’s chair is like a golden plate, which should be washed and kept clean for use by others. But those now in power seem to treat it like a plantain leaf, which is thrown into the dustbin after use.

Stating that it is regretful to note that those who grew up under Hegde’s leadership have destroyed the Lokayukta system in the State, Vishwanath said that Hegde had quit his post  following charges of a single phone-tapping case. But now,  many charges of phone tapping on a massive scale have been made in recent years and no Minister or leader has quit his/her post over this, he observed.

READ ALSO  D.K. Shivakumar to patch up with Jarkiholi brothers

Opining that caste and cash are the rule of today’s politics, he rued that corruption has entered all walks of life and officials are openly making claims on the money they spent for getting plum postings.