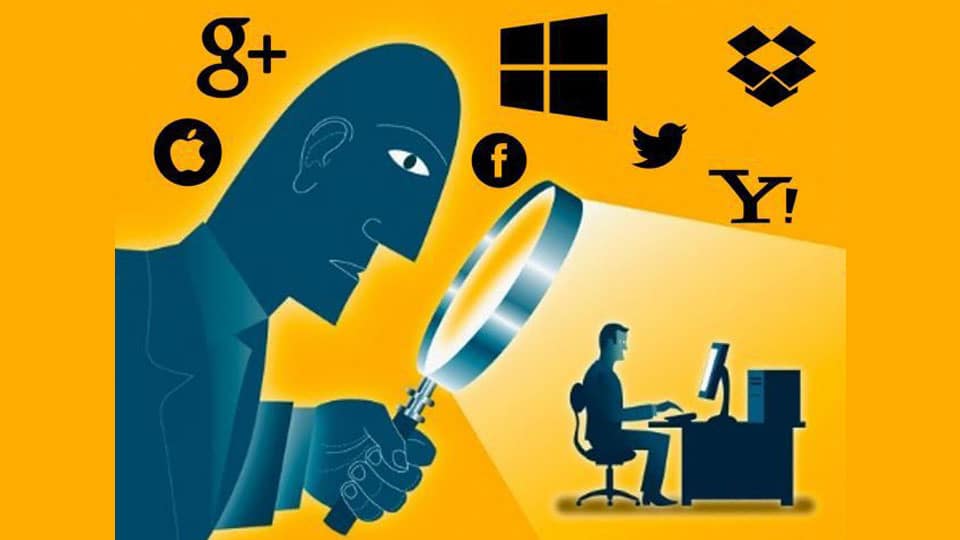 Suddenly “WhatsApp” is the enemy. Google is the “big brother”, Facebook is the propagator of hate and invader of privacy. Well truth is, these big tech companies were always all this and more. Much much more. But why is everyone surprised? Privacy watch dogs and tech journalists have been warning us about this for years.

They have told us for years that Facebook collects our data and builds a profile, which advertisers can use to send us targeted ads — from politics to perfumes. Then we have Google, the closest manifestation of God we have in modern times. After all, Google, like God, is omnipresent, all knowing and always watching over us. And then we have WhatsApp, which has not only become our primary mode of communication but also our emotion, as we key in emojis to express ourselves while it keeps backing it all up.

But all of the above technology makes life convenient and entertaining so who cares. So efficient and personal are these technologies that they have become our partners for life. But we have to realise this partners’ loyalties is to a the free market, not you — We’re living with a spy.

Indeed, when these services make life so convenient, why must we worry? We’re just posting pictures and shopping, so we have to agree when Elon Musk says, “Government really does not care what an ordinary citizen does.” Also it’s not like we’re planning a revolution in a communist regime; so we have to agree with Obama when he says, “If you have nothing to hide, you have nothing to worry.” But…

Privacy is not about hiding anything, it’s about personal dignity and right to the idea that “what’s mine is mine.” In the real world we want people to enter our house only when we allow them, not whenever they want, stay as long as they want and watching whatever they want — from us eating, chatting, fighting  to fornicating. So then why must we allow them into our digital space?

While there is an outpouring of outrage about invasion of privacy, who allowed this invasion? It was us.  Now how can we stop them? One way is to pay for their service and demand privacy. Because when you consume free service, you pay with your freedom.

But the truth is,  as much as people are enraged about invasion of privacy, most of them will not act decisively to stop it. The recent outrage against WhatsApp could very well be momentary,  as people may be just boarding the “seasonal outraged train.”  Why do I say this?

Back in 2018 after revelations of how Facebook had shared user data which was misused by a company called Cambridge Analytical to manipulate elections across the world, a campaign #Deletefacbook began. It even gained significant traction as the movement was supported by Elon Musk. Soon, according to Pew Research  a significant number of FB users in the US deleted their FB accounts…albeit only temporarily. Now, a call to boycott WhatsApp has begun with Elon Musk instigating it. But will, like in 2018, this be a temp effect? Time will tell.

Meanwhile, many Indians were quick to express outrage against WhatsApp, but we doubt they’ll completely move away.  Indians after all are used to loss of privacy. Even in the real world, we think nothing of asking someone “What is your salary?” or “Why don’t you have a child yet?”  We have known for years that our local clubs have been sharing their members’ details with other businesses — from real estate companies to club members who want to mail wedding invitations to fellow members.

For long now our trusted Bank clerks have been sharing our financial information with Insurance Agents. And how can we forget the women who have been giving addresses of other women to saree salesmen from North India who suddenly appear at our gates only to turn our living rooms into saree showrooms. So we are not very serious about privacy, nor do we crave it.

With all pervasive technology here to stay, we are in a state of “Can’t live with them, can’t live without them.” So here the Government has to protect the privacy of its citizens. Not align with tech giants to steal and misuse the citizens’ data for each other’s benefit like it’s being done now. Even the users have to stop saying “We have nothing to hide so who cares?”

Because as Edward Snowden said, “When you say, ‘I have nothing to hide,’ you’re saying, ‘I don’t care about this right.’ The right to privacy. And we should care about privacy, else nothing about our life will be truly “ours” and ours only.