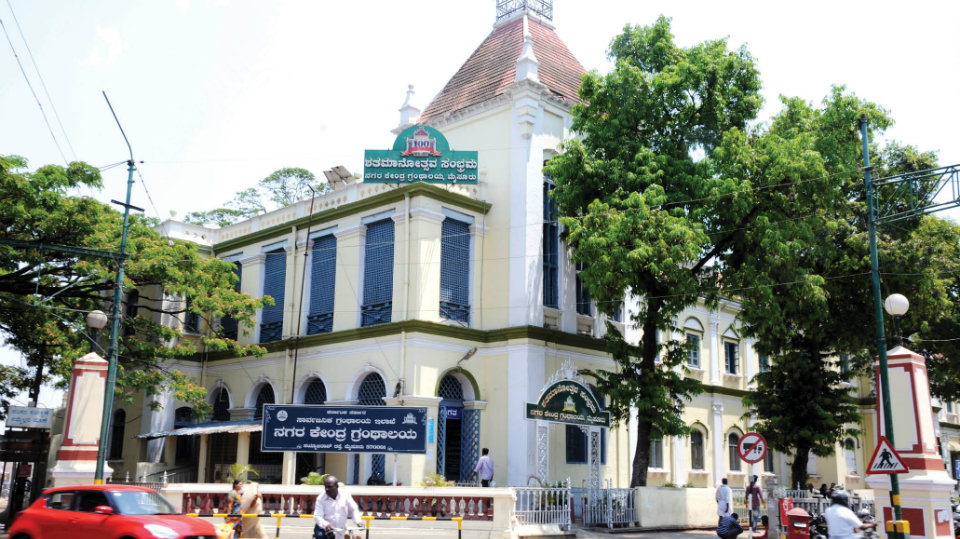 It is a public-private sector partnership of a different kind where a private agency is taking over a public institution as it is facing severe problems including staff and resource crunch and lack of funds. Here we are speaking about public libraries in Mysuru that are set to be handed over to private agencies for maintenance.

Providing a reading space, infrastructure and books for the public is one of the inherent duties of the local Governments and for this purpose the Department of Libraries has been established. The Municipal authority collects Library Cess from every tax-payer and hands over the money to the Libraries Department to maintain libraries.

Over the years, non-payment of library cess by the Mysuru City Corporation (MCC) to the Department, lack of technical staff, severe cash and resource crunch and lack of permission to hire or outsource staff have forced the Department to think of finding private agencies to maintain the libraries.

As a pilot project, the Department has decided to hand over two to three libraries to a private agency and tenders will be called for this purpose. “We have sent a proposal to the Government for approval and we have already sought approval from the City Library Authority, headed by Mysuru Mayor,” said Department of Libraries Deputy Director B. Manjunath, who is also the Chief Librarian of City Central Library.

Though the number of libraries has steadily increased over the years, the Government has not revised the sanctioned posts of 17 technical staff from the past 20 years. “We have a requirement of 36 employees including Group ‘C’ and ‘D’. We don’t have permanent employees in service centre libraries and they are being run by temporary staff who get an honorarium,” Manjunath added.

There is an urgent need of filling vacancies in at least four to five public libraries built by MCC. “We are somehow managing the staff crunch by handing over two to three libraries as in-charge to one Library Assistant. Here too we have a problem. Library Assistants refuse to take care of more than one library as the infrastructure, books, recovery and computers come under their responsibility and they have to pay the cost in case of any damage,” he explains.

The MCC has not been paying the library cess and there is a backlog of Rs. 18 crore. “This year, the MCC has collected anywhere between Rs. 4 crore and Rs. 5 crore as library cess but has paid us a paltry Rs. 1.20 crore. We need at least Rs. 1 crore per year to maintain the libraries, books, computers, mobile libraries, purchase magazines and newspapers and disburse salaries of temporary staff,” Manjunath revealed.

“So bad is the situation that we are struggling to maintain the libraries on a day-to-day basis as the MCC has failed to give back our dues. 6 percent of the Property Tax that the MCC collects from the public goes towards maintenance of libraries. We are helpless. Unless the MCC pays what is rightfully ours, we cannot run the libraries efficiently,” Manjunath explained.