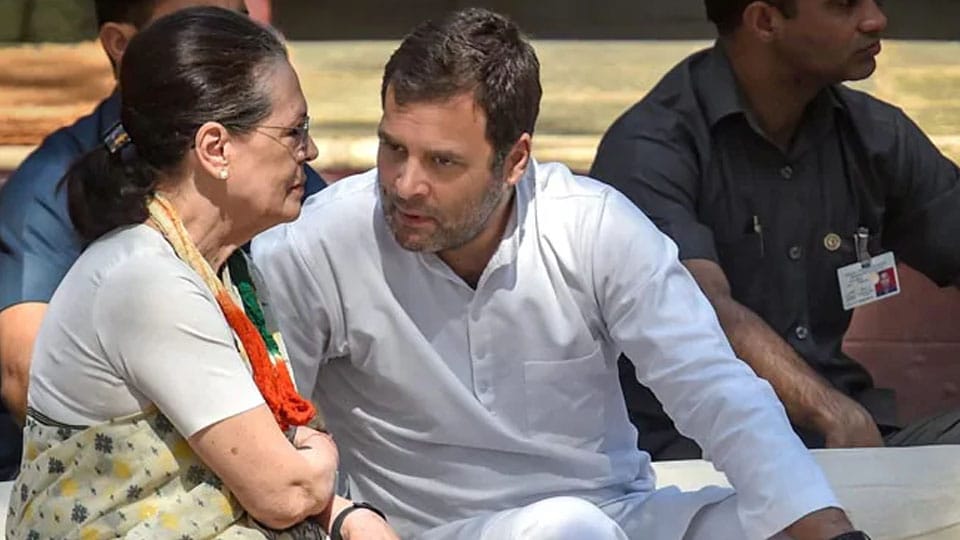 The Congress and the BJP have one thing in common — each is led by a Superman. But the BJP’s superman has a bunch of subalterns with him. That is a force multiplier. The Congress superman is a solitary sentinel. That is poor war tactics.

Narendra Modi uses his fire power as no one else does. Yet he has Amit Shah making aggressive speeches all over the country, Piyush Goyal holding forth even in alien territory like Tamil Nadu, Nitin Gadkari and Arun Jaitley and Rajnath Singh raising voices that draw attention and Sushma Swaraj bringing up the rear. A sizeable bunch to make a sizeable impact.

But it has. There are young and articulate leaders like Sachin Pilot and Jyotiraditya Scindia and Milind Deora. There are old war horses like Digvijay Singh and Kamal Nath and Oommen Chandy. But we don’t see or hear the young and the bright. We hear about the old and the tested only in their unending battles for prominence. At a time when all guns should be blazing at a single target, the Congress is leaving everything to one individual. Is the dynasty thing at work again despite the havoc it has wrought?

Naturally the Congress is too ineffective in too many places. Ask who is the chief of the party in an important State such as Maharashtra and you will hear some people mentioning Sanjay Nirupam, and some others mentioning Ashok Chavan. Nirupam in turn is constantly fighting with Milind Deora, probably because he sees a threat in Deora’s popularity-cum-capability. Not surprisingly, the Congress attracts none of the smaller but important group leaders such as Prakash Ambedkar or Raju Shetty.

Delhi is another revealing case. Commonsense demands that the Congress must tie up with other parties that want to check the BJP. In Delhi’s case, it is the Aam Aadmi Party (AAP). Important Congressmen favour a working alliance, but yesterday’s leader Sheila Dixit goes by day-before-yesterday’s ideas. Result: The BJP gains.

In Madhya Pradesh, Rajasthan and Chattisgarh, the victory the Congress recently won should have energised the leadership. But what we see is a sense of nothing-is-happening. Would it have been different if the choice of CMs was based not on pressure politics by the old guard but on an assessment of the need of the hour? Rahul Gandhi does not seem to have the power to enforce his will and bring new blood into leadership ranks.

The consequent infighting in the party is nowhere more dismal than in Kerala. To begin with, the Congress in Kerala has several heads — Oommen Chandy, Mullapally, Ramesh Chennithala, A.K. Antony and V.M. Sudheeran. It is also the only State where the Congress is officially and openly divided into “A” group and “I” group. Fights between A and I are more deadly than Congress-Communist fights. Younger leaders are not allowed to come up. In fact, the younger ranks have such bright and modernistic leaders that if they are allowed to take over, both the party and the State are sure to see rapid progress. But such things do not happen in a Me-Myself-And-I culture.

The macabre nature of that culture bared itself last week when veteran leader K.V. Thomas declared war against the party. The ticket he expected was taken away from him and given to Hybi Eden instead. Thomas was 72 and Eden exactly half that age, 36. Besides, Thomas had had a lot of jam; he was MLA for long, MP for long, a Minister in Kerala, a Minister in Delhi and the holder of several positions inside the party and outside. Still he wouldn’t yield to a younger man. The party finally bought peace by offering him more jam without revealing any details.

7 COMMENTS ON THIS POST To “Congress’ main enemy? Congress”