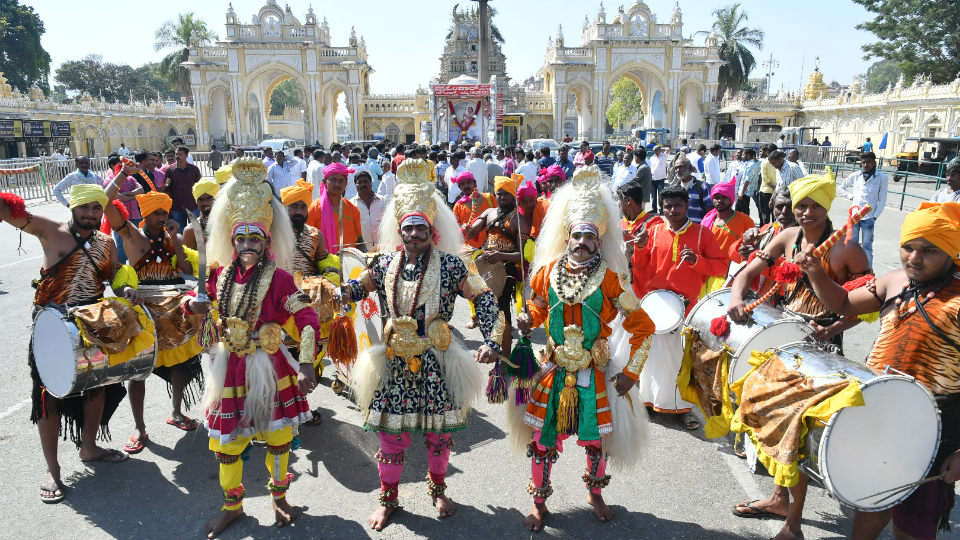 Mysuru: A grand procession, accompanied by a host of folk troupes, marked Ambigara Chowdaiah Jayanti celebration, jointly organised by the District Administration, Kannada & Culture Department and Nijasharana Ambigara Chowdaiah Jayantotsava Samiti, in the city yesterday. The procession, which commenced from Kote Anjaneyaswamy Temple at the Palace North Gate, passed through D. Urs Road, JLB Road, Metropole Circle and Hunsur Road, before culminating at Kalamandira, where a stage programme was held.

Pointing out that as a ferryman (Ambiga) by profession, Ambigara Chowdaiah stands out among the Sharanas for his outspoken way of expressing his views about the people.

As a true follower of Lingayat Dharma, the 12th century Saint lived his life practising the philosophy he believed in, Venkatesh said and added that as a straight forward writer, his Vachanas represented the truth in a rigid and orthodox society.

Earlier, floral tributes were offered to the portrait of Ambigara Chowdaiah.