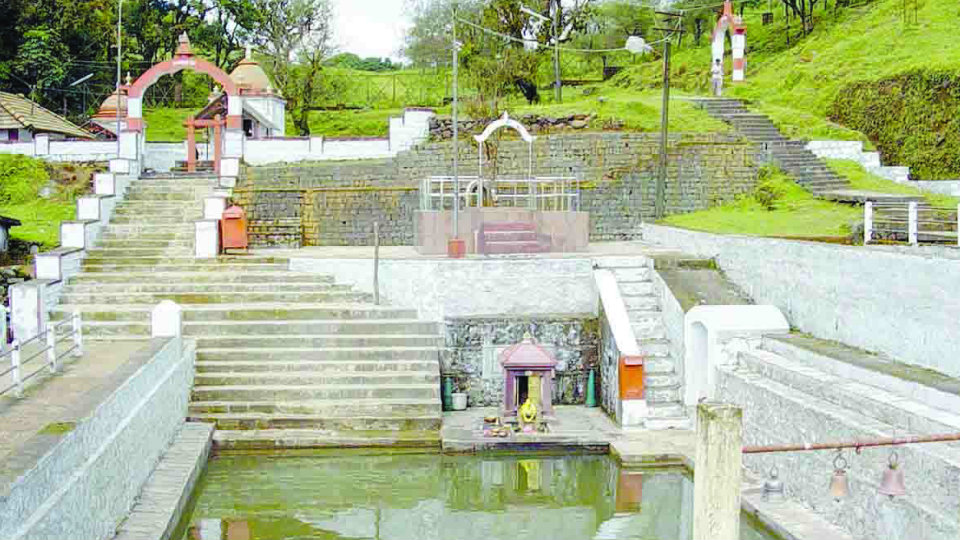 Proposal to ban entry of women to Brahmagiri Hills at Talacauvery

Madikeri:  The State Human Rights Commission (SHRC) has dropped proceedings against the Talacauvery Temple Committee and the Kodagu District Administration over the issue of a proposed ban on entry of women to Brahmagiri Hills in Kodagu.

The SHRC had issued a notice to Talacauvery Temple Committee over the issue of a proposal to ban the entry of women to Brahmagiri Hills at Talacauvery, the birthplace of River Cauvery.

The Committee was mulling to impose a ban following the directions it had got from the Ashtamangala Prashne (octagonal questioning ceremony) that was held at Talacauvery recently.

The notice (HRC No.1946/ 10/23/2018) had been issued to B.S. Thammaiah, President of Talacauvery Temple Committee and the Deputy Commissioner of Kodagu District.

The Ashtamangala Prashne was guided by Neeleshwara Padmanabha Tantri and conducted by astrologer from Kerala A.V. Narayana Poduval and M. Shyam Sundar Shastri. During the rituals, Neeleshwara Padmanabha Tantri had said, “Only men, girls below 10 years and women above 50 years must be allowed to climb the Brahmagiri Hills from the start of Tula Sankramana (October 17) to Vrushabha Sankramana (May 15).” He had stated that “Women, dressed in shorts and inappropriate clothes, are ruining the sanctity of the place.”

Following the publication of the Ashtamangala ritual findings in media, the SHRC took suo-moto cognisance of the issue and the notice was sent to the Temple Committee as some media reports said that the Committee was planning to ban women of certain age from climbing the Brahmagiri Hills.

Justice D.H. Waghela of the Commission had said the proposal to ban women from climbing Brahmagiri Hills will amount to discrimination against women. The Commission opined that men and women are entitled to have equal rights at a place of worship.

In response to the notice, the Temple Committee had washed its hands off the issue stating that the personal opinion of the astrologers was projected as the views of the Committee which had nothing to do with it.

The Committee stated that it has not proposed to ban the entry of women to Brahmagiri Hills. “If at all the Temple Committee has intended to take any decision in this regard, it will be taken only after due discussion at the Committee meetings and also after obtaining approval of the concerned superior authority. But no such proposal is before the Committee,” it stated.  Taking the response into consideration, the SHRC has now dropped the proceedings.

Meanwhile, a special meeting was held at Talacauvery yesterday to discuss the outcome of the Ashtamangala Prashne. It was decided to take the suggestion of the astrologers and Thantris in carrying out rituals at Talacauvery during rituals like Bramhakalashotsava.