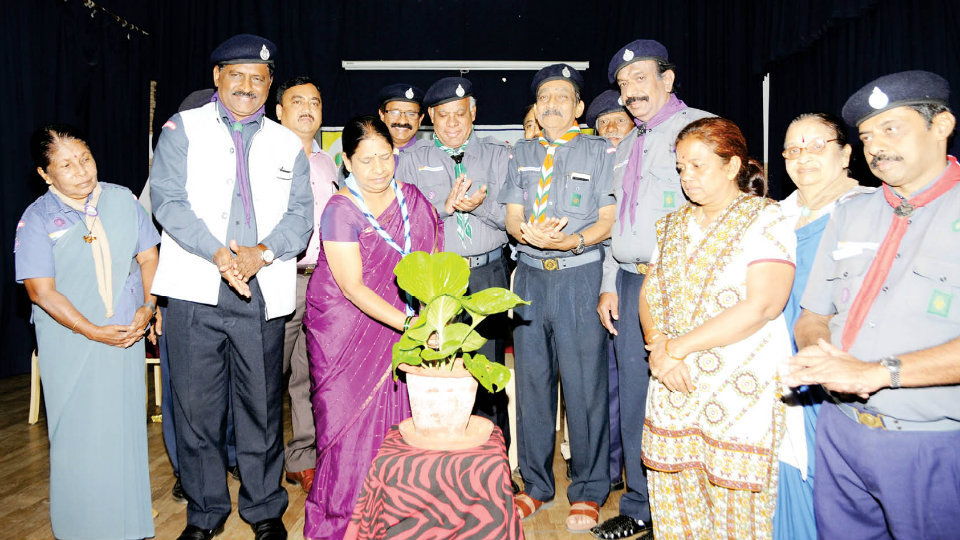 Mysuru:  Indians are making their presence felt everywhere in the world including in an organisation like NASA (National Aeronautics and Space Administration), United States of America, and this is possible only because of the quality of education in the country that everyone is getting and its recognition all over the world, said former Minister and Scouts and Guides State Regional Commissioner P.G.R. Sindhia.

He was speaking at a camp organised for the officials of the Public Instructions Department regarding information on Scouting and Guiding, at the Bharat Scouts and Guides District Organisation premises behind the DC Office, here yesterday.

In our country and especially in Karnataka the quality of education is very high. As a result the Indians are exhibiting their talents and prowess in different countries of the world. At the global level, engineers, doctors and technocrats from the country have gone up. There are many well-known educational institutions, research centres, study centres imparting engineering, medical and technical education, he said.

Whether it is engineers and technocrats building metro rail, or scientists in NASA, the experts from India have made a mark. Hence, we can to some extent say that the quality of education is good in our country, he added.

The responsibility lies on the teachers to produce good citizens. They should correct the mistakes of the students and guide them properly. It is the Scouts and Guides movement that helps in instilling a service-minded approach in the students, said Sindhia.

Scouts and Guides play a major role in the personality development of the children and it has been a unifying force in 225 nations across the world. It is creating awareness about the movement among people in regional languages in all the States of the country. Hence, at the global level Indians are shining, he said. 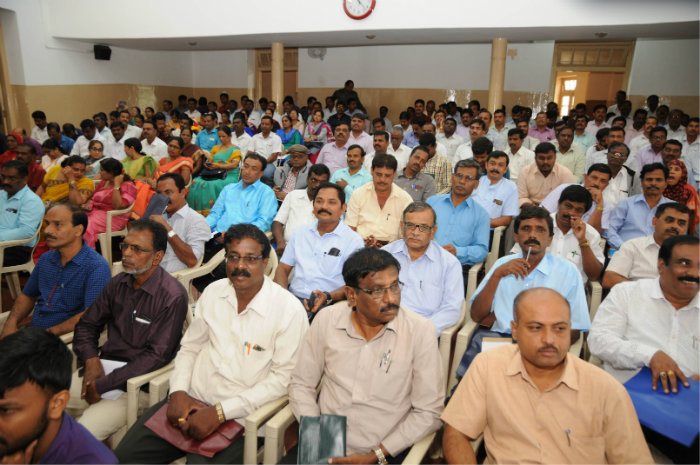 Children should grow in the lap of nature and that is the only way they can understand the importance of nature and environment. This awareness is created by Scouts and Guides and that is the reason the camps are held in the open with the students learning how to cook, keep the places clean and also observe nature, he said.

Unfortunately, today people are becoming more aware of caste and religion. The essence of all religions is the same. The teachers should inculcate in the students mind that it is only humanity that counts and not religion. It is not enough if Swachh Bharat is practised in the physical world, the internal mind should also be cleansed, he said.

DDPI N. Mamatha, speaking after inaugurating the camp, said Scouting and Guiding should transform into a movement. If this is to happen, every school should open Scouts and Guides Clubs.

Students should be taught to obey the law. A question has arisen as to what sort of education system we are imparting. Education should not be limited only to score marks and get jobs. It should help develop a good citizen. We are committed to providing education that creates history, she said.

District Regional Commissioner P. Vishwanath said that there are 5 lakh students in the organisation today and plans are afoot to increase the strength to ten lakhs in the next three years by enrolling 20,000 students in every district.

The 28th State-level Jamboree of Scouts and Guides will be held at Hassan District this time. The students will be exposed to several new ideas like the India Army operations, the introduction of technology from Indian Space Research Organisation (ISRO) Scientists and several other innovative ideas, said Bharat Scouts and Guides State Regional Commissioner P.G.R. Sindhia.

Speaking to Star of Mysore, he said that last year the 17th National Jamboree was conducted successfully at Adakanahalli Industrial Area in Nanjangud taluk. This year Chief Minister H.D. Kumaraswamy has requested the State-level Jamboree to be held at Hassan and a place will be identified soon for the event.

The Jamboree to be held in November-December will have nearly 10,000 Cubs and Bulbulls, Scouts and Guides, Rovers and Rangers participating in the seven-day-long event, he added.

It may be recalled that President Pranab Mukherjee had inaugurated the 17th National Jamboree at Adakanahalli in December 2016 and more than 28,000 students had participated in the Jamboree from different parts of the country that ended on January 4, 2017.

P.G.R. Sindhia
Teachers’ wages will be released shortly: MLC
Proposal to ban entry of women to Brahmagiri Hills at Talacauvery