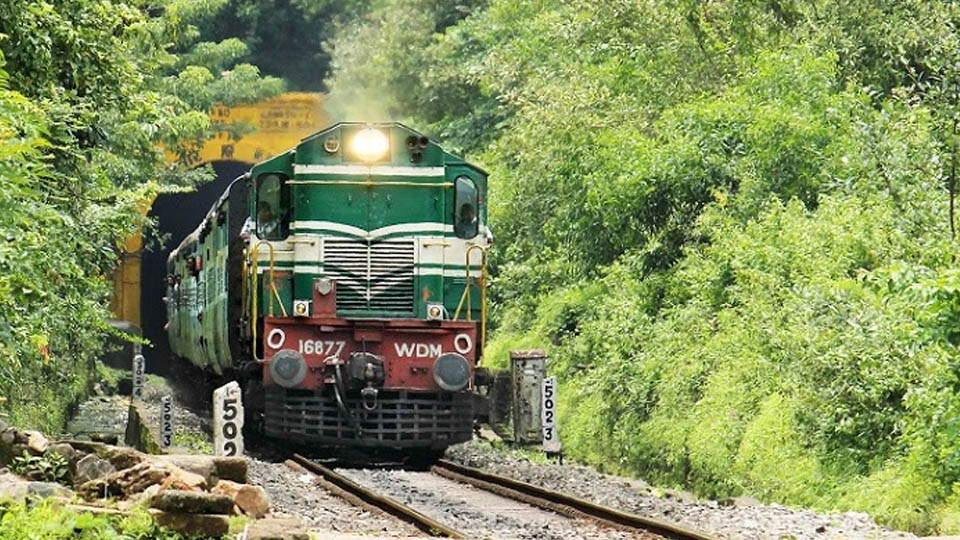 Protest in Mysuru to stop Railway line in Kodagu

Why Railway project is detrimental for Kodagu district and how it may prove fatal to the forests of Kodagu, its environment and its biodiversity; and its further effects on rainfall?

The proposed Railway project in the thick forest areas of Kodagu district will have further disasters to the environment and biodiversity if implemented. Once the forests are destructed there will be fear of not receiving rainfall in the region. This may lead to acute water crisis in Kodagu, Mysuru, Mandya and Bengaluru regions for drinking and irrigation.

Keeping in mind the effect on ecology, environment and forests of Kodagu by the proposed Railway project, both State and Central Governments have to change their mindset and keep away their false prestige in the interests of the people and farmers of the State and in the interest of protecting Karnataka’s Jeevanadi, the Cauvery River.

As we are all aware that the Cauvery river is the predominant source of water for drinking and irrigation or cultivation in three districts of State. Lack of sufficient rainfall in Cauvery belt of Kodagu may lead to shortage of water storage in Kannambadi Katte (KRS reservoir) which may severely affect drinking and irrigation in the above said districts. The proposed Railway Project may affect the rainfall thus leading to water shortage in KRS Dam. We can avoid this if we protect and preserve the forests, environment of the Kodagu district.

Hence, it is the responsibility of the Government, people and farmers to protect the future of district and to give importance to preserving of forests.

Already the best and valuable species of trees in the forest which are environment-friendly have fallen into the hands of timber smugglers in Kodagu district forest. Due to this, the thick evergreen forest has been slowly started to fade away. Rainfall has comedown in the region and it is reducing year by year. Due to this, the water belt has drastically come down, ever lowest level, in Kodagu and the Cauvery river basin regions.

According to the Kasturi   Rangan Report any further activities in the Kodagu district forest will be harmful to the environment.

Once the proposed railway project is implemented in Kodagu, the Real Estate entrepreneurs and timber mafias may get busy. We are all aware that 50,000 trees were cut for the erection of huge towers to run High Voltage power lines amid thick forest areas of  Kodagu district.

Keeping in mind the above consequences to our environment, ecology and the rainfall in the district, in the interest of Cauvery basin farmers and people, a rally has been organised in Mysuru on Feb.18, 2018 to oppose and stop the implementation of proposed railway project in Kodagu district. The rally will start from J.K. Grounds.