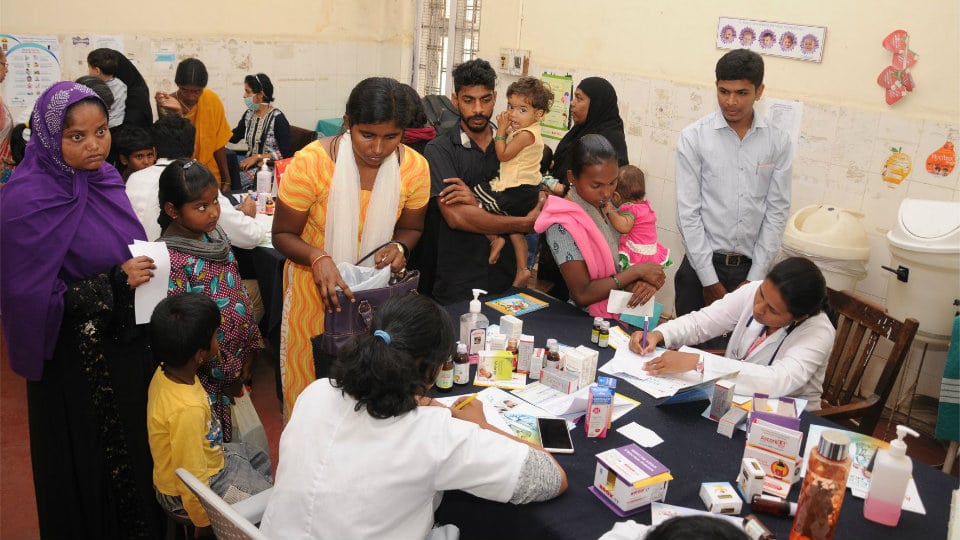 Bengaluru: A Public Interest Litigation (PIL) has been filed in High Court of Karnataka, seeking direction to the State Government to make arrangements for medical service during the State-wide medical strike by doctors.

The petition filed by N.P. Amruthesh, an advocate, seeks immediate restoration of medical assistance and services to patients across the State in all the private medical establishments for the welfare of the public. The petition also seeks invocation of Essential Maintenance Services Act 1968 (ESMA) for banning the strike.

The petitioner has highlighted the fact that already 17 deaths have occurred as a result of the ongoing strike. He also stated that denial of right to medical assistance to the citizens is violation of fundamental rights.

The PIL also seeks invocation of stringent action on the medical associations participating in the strike and declaring the strike as illegal and unconstitutional. The petition also demands initiation of criminal action against the doctors and private medical establishments for denying medical services to the needy patients. The petitioner stressed on the need for beginning a strong dialogue between the State Government and the medical associations for effective cooperation.

Taking up the PIL, a Division Bench comprising P.S. Dinesh Kumar directed the State Government to make its stand clear on the ongoing strike by the doctors of the private hospital by 2.30 pm today.

“This (doctors’ strike) is a serious matter and the Government should inform the Court about its stand by 2.30 pm,” the Bench said. The Bench asked the advocate representing the Indian Medical Association and the State Advocate General to inform the Court about the outcome of the ongoing negotiation between the State authorities and the representatives of private medical establishments and medical practitioners.