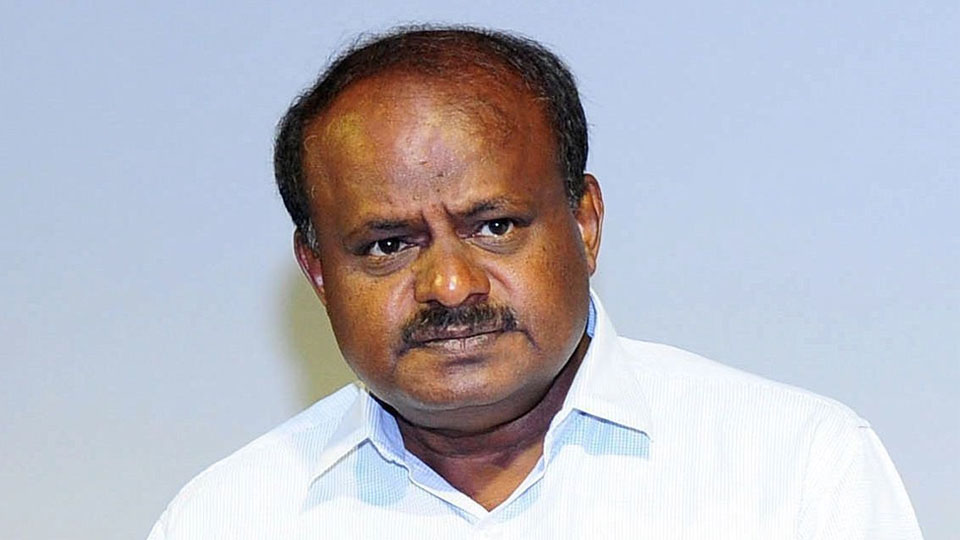 PSI exam scam: Aggrieved candidates appeal former CM to take up their cause

Mysore/Mysuru: Upset over the Government’s decision to conduct a re-exam for recruitment for PSIs (Police Sub-Inspectors) in the wake of unearthing of a scam in the appointment of 545 PSIs, the aggrieved candidates met former CM H.D. Kumaraswamy (HDK), who was in the city yesterday and urged him to press the Government to withdraw the re-exam announcement.

The aggrieved candidates, who met HDK at MLA S.R. Mahesh’s office, where the former CM addressed a press meet, appealed him to take up their cause with the Government. After hearing the aggrieved candidates, Kumaraswamy is said to have assured them that he would raise the issue after the CID which is conducting the probe into the recruitment scam, completes investigation and submits a report to the Government.

Tara, a resident of Jyotinagar in the city and a PSI aspirant, told Star of Mysore that she had prepared for four years for the exam and it was not correct on the part of the Government to order a re-exam for everyone, following the unearthing of the scam.

Pointing out that over 50,000 candidates had written the exam, she said that a majority of the honest candidates are deeply depressed with the Government’s decision to hold a re-exam. Wanting the Govt. to select candidates based on honesty and merit, instead of holding a re-exam, Tara also urged the Govt. to announce a fresh list of honest and deserving candidates who had not resorted to any malpractice or irregularities.