Home » Feature Articles » Puri Jagannath to have a temple in Mysuru 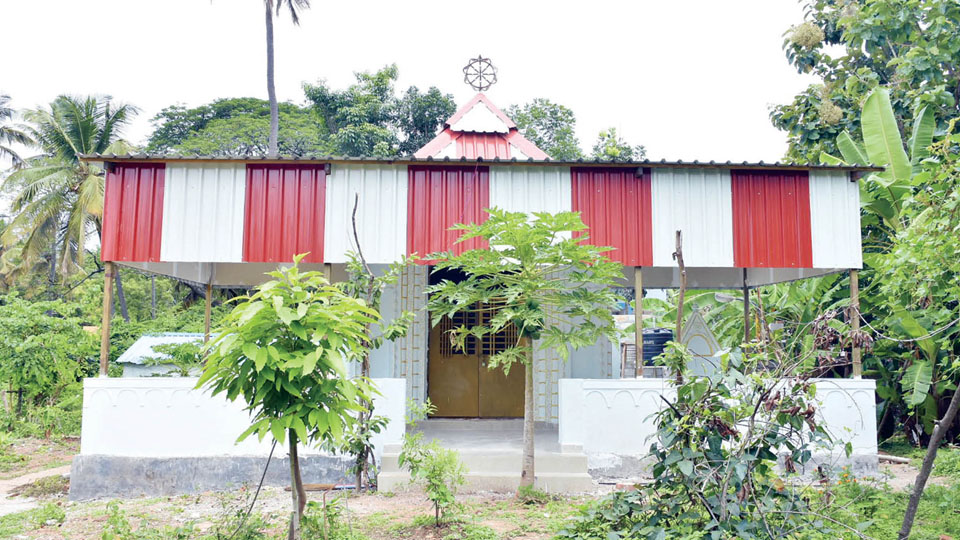 Puri Jagannath to have a temple in Mysuru

Here is some good news for all those wishing to travel to Puri in Odisha to have the darshan of Lord Jagannath. Come August this year, the city of Mysuru will have a Lord Jagannath temple, though not as grand as the Puri Temple but no less compared to any other temples in Mysuru.

The Puri Jagannath Cultural and Welfare Trust, Mysuru, has already constructed a temple for Lord Jagannath at Vidyaranyapuram, off H.D. Kote Road, opposite Friendly Motors Service Centre and is planning to inaugurate the temple on an auspicious day during the last week of August 2021.

There are more than 5,000 Odias staying in Mysuru working in various sectors including IT, carpentry, Telecom, Railways and even industries. The initial migration from Odisha started in the 1990s and now there are a sizable number of people from that State residing in Mysuru continuing their traditions in this city.

It was a dream come true for all Odias staying in Mysuru who wanted an exclusive place to pray to their favourite Lord Jagannath. For them this temple will be a home away from home. Though they had desired to construct a temple here for many years, it had not materialised. On the advice of an eminent priest of Lord Jagannath from Odisha, it was decided to have a small temple and establish Lord Jagannath first and later plan for a grand temple on a bigger budget.

As part of the grand temple complex, the Trust is planning to construct venues for cultural and welfare activities like library, cultural function hall and also a guest house. Adhering to the above ideas, a temple is already constructed where Lord Jagannath, Balabhadra, Subhadra and Sudarshana will be the presiding deities along with other deities like Lord Shiva, Parvathi, Ganapathi, Nandi, Mahalakshmi, Anjaneya, Navagrahas, Vamana, Laxmi Narasimha, Varaha and Garuda.

The wooden sculptures of Lord Jagannath, Balabhadra, Subhadra and Sudarshana have been carved out of the sacred Neem tree as per tradition in Odisha and the idols have already been brought to Mysuru and kept near the temple which is awaiting inauguration.

The stone sculptures of other deities are in the process of being made at Siddhartha Layout. As part of its plans, the Puri Jagannath Cultural and Welfare Trust wants to obtain a suitable CA site from Mysuru Urban Development Authority (MUDA) for construction of a cultural activities centre and a bigger temple for Lord Jagannath.