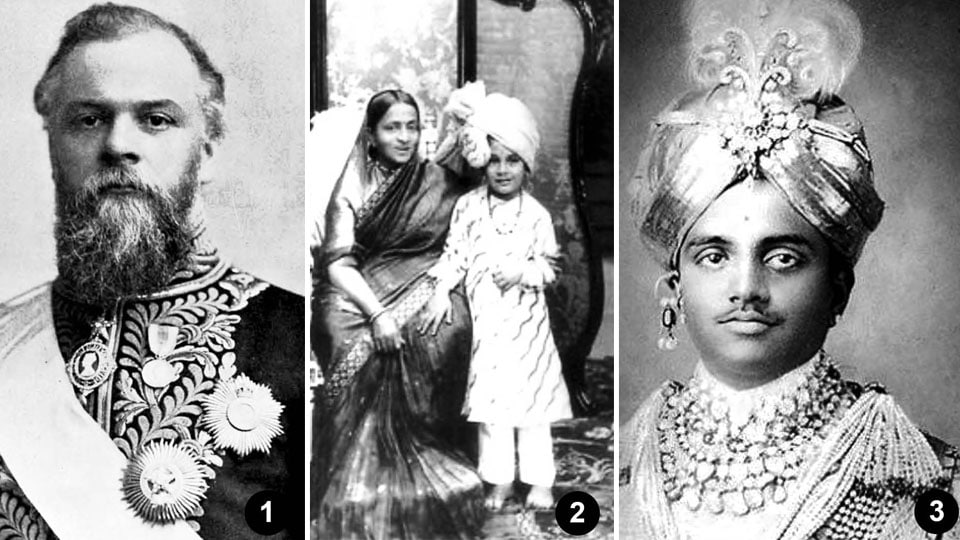 A Continuing Saga of Shameful Neglect

Last weekend, in the first part of this series about the neglected and crumbling heritage structures of our city, I wrote about the sad plight of our once magnificent Lansdowne building and why it was very close to my heart. I have been receiving many responses to my article by many Mysureans, who share my heartache and feel outraged by its present state of utter neglect which almost seems backed by the very deliberate motive of letting it collapse on its own so that someone can stand to benefit by the construction of a completely new building in its place at a huge and escalated cost.

A reader of SOM, in his letter to the editor on Friday, has also lamented about the neglect of this heritage structure that was once dear to him during his childhood. Interestingly, this particular area of our city around our Palace, is of great significance because of some very historic events that are connected with it. I had said that our Maharaja, Chamaraja Wadiyar X, the twenty-third Maharaja of the kingdom of Mysore, honoured Viceroy Lansdowne during his visit to Mysore by erecting a huge commercial building and naming it after him in the year 1892.

Very soon after this event, on a visit to Calcutta to meet Lord Elgin, the new Viceroy, the Maharaja succumbed to what is thought to be an attack of diphtheria on 28th December 1894 at the rather young age of just thirty-one years, which was a most tragic event indeed. I say this because he was a man of great vision and in his very brief reign, he did much for the State which was certainly much ahead of its time, in a timespan which someone else would have taken, to just know the rules of the game of being a ruler !

Many of the most famous landmarks of Mysuru and Bengaluru owe their existence to him. Among these are the Bangalore Palace, the Lalbagh Glass House, the Oriental Research Institute, the Maharaja’s College, the Sanskrit Pathashala, our imposing DC Office Building, the Lansdowne Bazaar, the Mysore Zoo, the Dufferin Clock Tower and the Fern Hill Palace at Ooty. It was he who started the tradition of holding our annual Dasara Exhibition about which I will be writing very soon in this series.

He was also a great patron of the arts and an accomplished Violin virtuoso himself. Most significantly, just before bidding adieu to this world, it was he who sponsored the famous journey of Swami Vivekananda to Chicago in the year 1893, which in the blinking of an eye, transformed the humble and completely unknown monk of the Ramakrishna Order, into a world-renowned figure, thus putting Indian spirituality at the top of the world !

This young king left behind him a rich legacy of overall development and progress across the kingdom, in the hands of his widowed and grieving queen, Smt. Kempa Nanjammani Vani Vilasa Sannidhana, who too because of the infancy of her eldest son, Krishnaraja Wadiyar IV, the crown prince, did an admirable job of handling the reigns of the kingdom as its regent, till her son himself sat on the throne.

Soon after his demise, the Maharani got a statue of her late husband erected in front of the Northern Gate of the Palace where it can still be seen with its gleaming golden dome.  Yes, this dome is plated with real gold and the engineer who got this job done was H.R. Venkata Subba Rao, who worked under Sir M. Visvesvaraya and also supervised the construction of the Lalitha Mahal Palace. In his memory the road leading from Chamundi Hill to Uthanalli village is named after him.

Incidentally, this gentleman happens to be the grandfather of Bapu Sathyanarayana, a very well-known former Highway Engineer of our city.

It is very interesting to recall here that the Maharani, on feeling that the face of the statue bore no resemblance to the face of her late husband, got its head replaced before its installation! I have written about this unique event in much greater detail in an earlier article. My friend Gouri Satya, a writer and perhaps the most well-known and well-informed historian of our city, in one of his articles says that Lord Elgin, the Viceroy and Governor General of India from 1894 to 1899, was shell-shocked to hear of the untimely death of our Maharaja at Calcutta. So, to console the royal family, he personally visited Mysuru in November 1895, accompanied by the Countess of Elgin and they both met the Maharani and offered their condolences. That was the time when a very ornate fountain, with four twisted fishes and the statue of an unknown lady at its top, which stood at the Northern end of the Lansdowne building, was named after him as the Elgin Fountain. And, that is where this fountain stood till it was time to make way for the present K.R. Circle or New Statue Square as it was once called, when it was decided to install the statue of Maharaja Nalwadi Krishnaraja Wadiyar, who too richly deserved a place of pride for all the good that he did to our State.

Although not many people may know about it, nearly a third of the Lansdowne building at its Northern end, was demolished to accommodate the K.R. Circle and so the Elgin fountain was shifted to its present location at the Northern end of Ashoka Road but only after a brief stopover at the Putli Park junction. Very interestingly, it was the putli or statue of the unknown and nameless lady at its top, that gave the park its present name!

The question that bothers most Mysureans like me today is whether our heritage structures that are so dear to us and which are in shambles today, will ever be restored to their glory once again? Our sprawling Devaraja Market too, a portion of which collapsed due to sheer neglect way back in the year 2016, is very dear to me because it too is linked very closely with my childhood. That was the place where we, like most other Mysureans, used to do almost all our shopping for groceries and vegetables.

Today, this imposing edifice that shelters more than two thousand shops of all kinds and supports the lives of the thousands more who depend on it for their livelihood, stands precariously perched between life and death and nobody is able to say which way it will go. More about it next week!