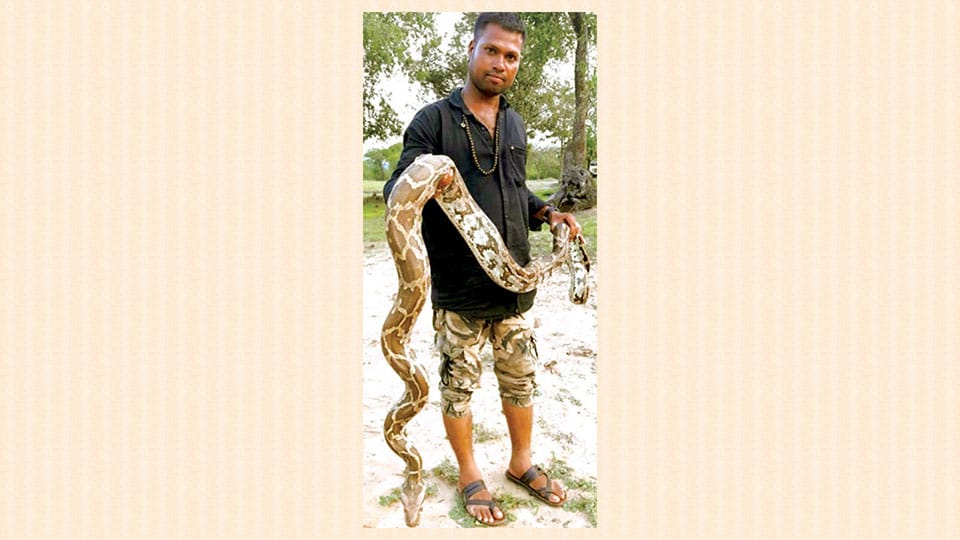 Chamarajanagar: A huge python, which was struggling having swallowed half of a peacock, was rescued by a snake rescuer at Hondarabalu village in the taluk recently.

The python was believed to have caught the peacock near a haystack in front of the farm house of one Rajesh. Half-way-through and unable to swallow the whole peacock, the python was struggling under suffocation.

Rajesh on seeing the plight of the python informed the Forest Department and the snake rescuer popularly called Snake Champ.

Champ, along with Forest staff and villagers, managed to pull the peacock out of the mouth of the python which was saved from near death. The nearly 9ft long python was later left to the forest region. To ensure sumptuous food for the python, the extricated portion of the peacock too was left near the snake, said Champ speaking to Star of Mysore.