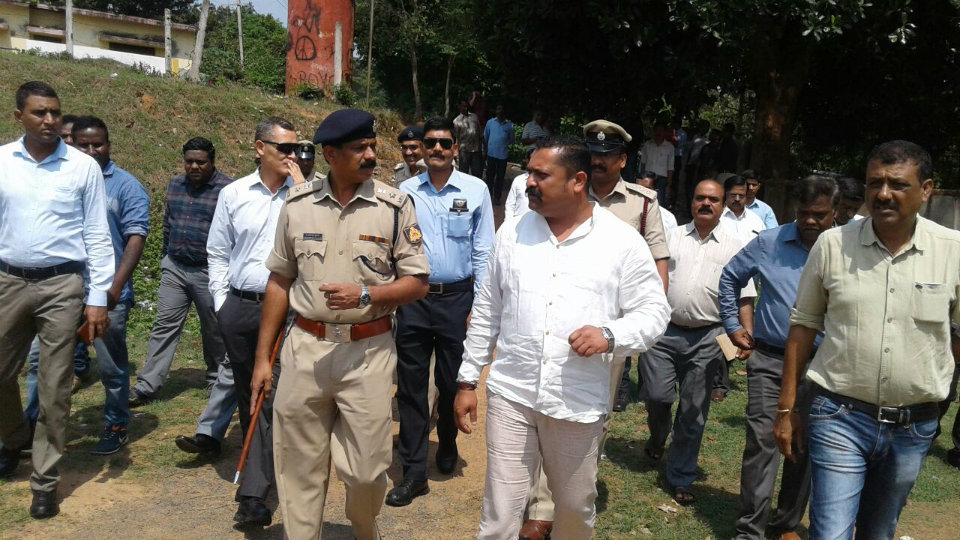 Rahul to visit Gonikoppa in Kodagu on Apr. 27

Gonikoppa (Kodagu) Apr. 25- With the filing of nominations ending on Tuesday, AICC President Rahul Gandhi is hitting the campaign trail in the State once again for the May 12 Assembly polls.

In the wake  of Rahul Gandhi’s visit, Kodagu SP Rajendra Prasad, SPG team and other officials visited Gonikoppa and inspected the venue.

Rahul Gandhi, who will be arriving in the State on Apr. 26, will  address a public rally at Gonikoppa’s Dasara Grounds at 3 pm on Apr. 27.

Rahul Gandhi, who will arrive from Dharmasthala by a special  flight at Gonikoppa Cauvery College grounds in the afternoon of Apr. 27, will begin his  visit by garlanding the statue of Goddess Cauvery at the college grounds, following which he will garland the statues of Field Marshal K.M. Cariappa and General K.S. Thimmayya located nearby, before proceeding to the Dasara Ground, the venue of the rally.