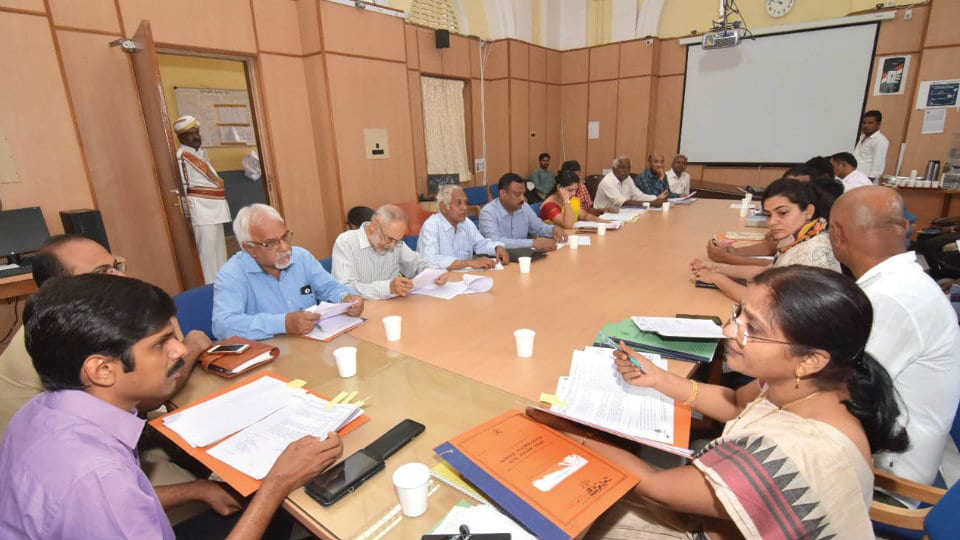 Mysore: The Railways have agreed to abide by the Heritage norms for the City Railway Station work that also have to be followed like other heritage structures in the city.

It may be recalled that the Tourism Minister S.R. Mahesh had objected to the violation of heritage norms at the ongoing re-development works in the Mysuru City Railway Station and asked the officials to stop the work.

There is a law to conserve these buildings. For the restoration and development work of the Railway Station, the permission of the Heritage Committee headed by the DC must be taken. However, the Railway authorities have not taken the permission from the DC, he had said.

Following the objection, Railways had decided to temporarily stop the redevelopment work at the City Railway Station for a couple of days.

The Heritage Committee experts pointed out to the Railway officials that they should strictly follow the guidelines of the Heritage Committee and not violate any of the norms. The original structures in the Railway Station must be not be altered, the arch wall must be retained and design on the walls must be exactly to the specifications given by the panel, added the experts.

The painting for the building must be done using only white and ivory colours. The railings for the compound which have been replaced and new ones installed have black and gold paint. Since the work has already been completed using iron, the Committee suggested that the black and gold paint be removed and the silver colour which was used earlier, used again. Even the toilet works that have been completed do not match the heritage specifications and the frames and the designs must be changed accordingly. In short, there should be nothing ugly in the heritage structures, said the experts.

Some of the other decisions taken included holding a meeting with the University of Mysore Vice-Chancellor and the Registrar regarding the Jayalakshmivilas Mansion and Kukkarahalli Lake, as both are under the University jurisdiction.

The repair of the Clock Tower which has developed crack must be taken up in consultation with the structural engineers, the restoring of the Government Guest House north Arch Gate, maintaining and restoring the arch gate at the entrance of Lalitha Mahal Palace hotel were the other issues discussed at the meeting.