Home » News » Doors open to technocrat and those from humble background 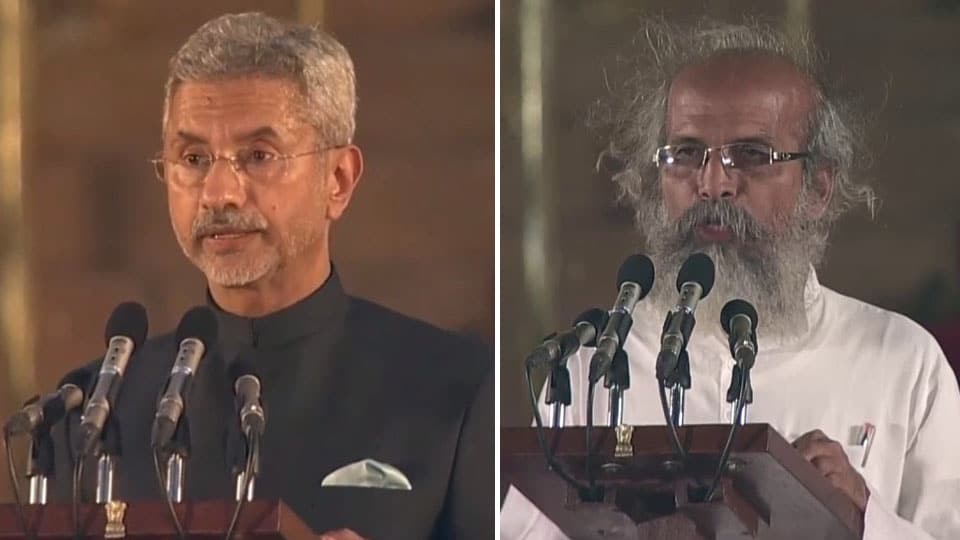 Doors open to technocrat and those from humble background

New Delhi:  The biggest surprise in Narendra Modi Ministry was when former Foreign Secretary Subrahmanyam Jaishankar took oath as a Cabinet Minister. Known to be close to Modi, Jaishankar had previously held positions like the High Commissioner to Singapore, and Ambassador to China and the US, besides serving as Foreign Secretary from January 2015 to January 2018.

Jaishankar, a career diplomat from the 1977 batch, was handpicked by Modi for the post of Foreign Secretary in January 2015. After he became Foreign Secretary for a two-year term, Jaishankar shaped policies in line with Modi’s idea of an aspirational and assertive India — from the outreach to West Asian countries, including the UAE and Israel, to negotiations with Japan on the nuclear deal; from playing hardball with the Chinese on Doklam to the Belt and Road Initiative and Nuclear Suppliers Group.

Clearly, Jaishankar was in sync with Modi’s idea of leveraging India’s power to its advantage. As part of Modi’s core team from 2015 to 2018, Jaishankar was also able to navigate an easy relationship with the heavyweight National Security Advisor Ajit Doval.

Upon retirement from diplomacy, Jaishankar joined Tata Sons as President, Global Corporate Affairs. He was conferred the Padma Shree in 2019, the fourth highest civilian award in the country. Today, he is seen as someone who is politically savvy, skilful in managing big-power relationships and capable of managing a key, high-profile Ministry.

Jaishankar, who has also served as Press Secretary to former President Shankar Dayal Sharma, is the son of one of India’s most reputed strategic thinkers K. Subrahmanyam.

By inducting Pratap Chandra Sarangi, an MP from Odisha’s Balasore seat and Rameshwar Theli from Assam’s Dibrugarh constituency, both from a humble background, Modi sent out a social message that his Ministry does not have UPA’s elitist image.

Pratap Chandra Sarangi is known for his humble background and frugal lifestyle.  Sarangi came to collect his MP identity card donning a jhola and without carrying even a mobile phone. Sarangi is known as an austere political activist, maverick and plain spoken. In a television interview, when Sarangi was asked if he was unmarried or celibate, Sarangi promptly said “unmarried” and then “no” to the question on celibacy. Well-known in coastal Odisha’s politics, Sarangi  campaigning on a bicycle triumphed over two of the richest candidates in Odisha Navajyoti Patnaik (assets in excess of Rs. 104 crore) and Rabindra Jena of BJD (assets worth Rs. 72 crore). Sarangi declared assets worth Rs. 16 lakh.

Rameshwar Theli belongs to the tea tribe community. He won from Assam’s Dibrugarh Lok Sabha constituency for the second time in a row. Theli, a member of the State’s electorally significant tea tribe community, defeated Congress veteran Paban Singh Ghatowar by a record margin of over 3.6 lakh votes. In 2014, he had defeated the five-time Parliamentarian by a margin of over 1.85 lakh votes.