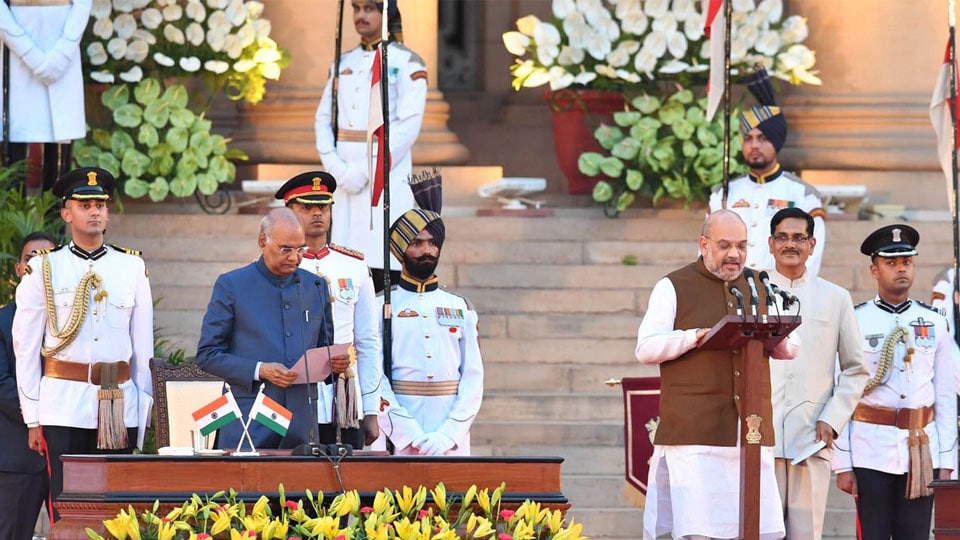 New Delhi: Prime Minister Narendra Modi’s close aide Amit Shah will be India’s new Home Minister while Rajnath Singh, the Home Minister in previous Modi regime has been given the Defence portfolio as the list of new Ministers for Modi’s second term was announced this morning. Rashtrapati Bhavan released the portfolio allocation list.

Prime Minister Narendra Modi holds the following portfolios: Ministry of Personnel, Public Grievances and Pensions, Department of Atomic Energy, Department of Space and all important policy issues and all other portfolios not allocated to any Minister.

Giriraj Singh was appointed as the Minister of Animal Husbandry, Dairying and Fisheries. Former Uttarakhand Chief Minister Ramesh Pokhriyal ‘Nishank’ gets the Ministry of Human Resource Development, which was earlier held by Prakash Javadekar. D.V. Sadananda Gowda is the Minister of Chemicals and Fertilizers.