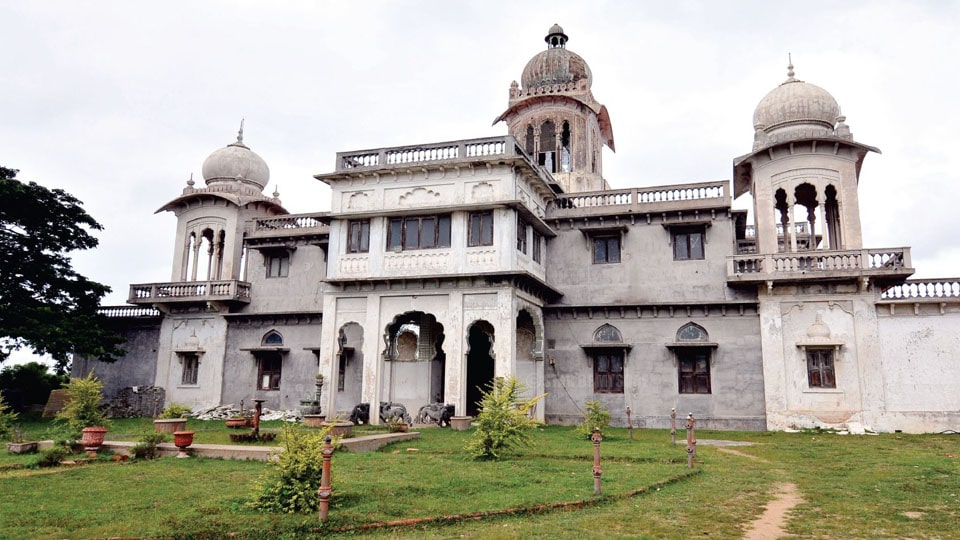 The cool monsoon breeze, the panoramic 360 degree view that sweeps the landscape of Mysuru, very few have the chance to experience. The drive past the Mahishasura Statue, further atop the Chamundi Hill to the highest point is indeed a breathtaking experience. Sadly, the road built by the erstwhile Maharajas of Mysore to this dream destination lies neglected.

Rajendra Vilas does not ring a memory for many in this generation today. Very few bother to lift their head and wonder what lies atop the Hill that is at a higher altitude than the reigning deity of Mysuru and the presiding deity of the erstwhile royal family — Goddess Chamundeshwari.

Rajendra Vilas Palace, as it is fondly referred to, lies in neglect today with a caretaker and a few watchmen. However, there is hope that this Palace too will regain its lost glory where the Kings and Queens, Viceroys and Ambassadors wined and dined.

And, that hope lies with the ‘Trustee’ of the property — Pramoda Devi Wadiyar. Just as she is re-doing the Jaganmohan Palace Art Gallery, she also plans to renovate this magnificent Palace. “How do I do it? God has been very kind and she has helped me many times. I won’t allow it to deteriorate further,” said Pramoda Devi, speaking to Star of Mysore.

“Both my husband (the late Srikanta Datta Narasimharaja Wadiyar) and I did not believe in borrowing money. You know assets do not ooze out money. In December 2013, when my husband suddenly passed away I was financially, psychologically in an unenviable situation. Today the buck stops with me. I have to resolve it myself,” she said.

Talking about the kind of support she gets from her late husband, Pramoda Devi mysteriously said, “I still communicate to my husband. I share all my problems with him and he will always help me.”

According to Pramoda Devi, they have spent a lot of money refurbishing the Rajendra Vilas Palace and even the Fernhill in Ooty. “I can say it with pride that I manage the hotel in Ooty very well. I invite your Editor-in-Chief to come, visit and see for himself.”

Asked whether she is willing for a joint venture to run the Rajendra Vilas, she said, “I am willing to consider it and have had a discussion. However, my first priority is to retain the property. I do not want to relinquish the ownership at any cost. In the last three-and-a-half years I have cleared a lot of liabilities. Today my ancestors and my husband can be proud of me.”

Pramoda Devi becomes very philosophical. “Today it is the ‘duty hat’ that I am wearing. There are so many uncertainties. We are in a real world full of pseudo-people. Life is the greatest teacher that no college education can give,” she reflected. 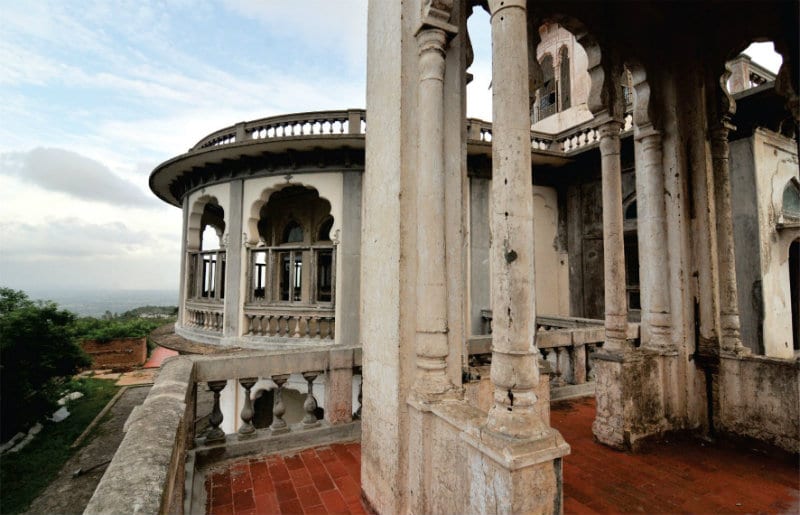 A side view of the neglected Rajendra Vilas Palace.

The Palaces of yore are full of intriguing stories. Myths, legends, curses and even omen are weaved around such places. The downfall of business in Rajendra Vilas Palace on the 65-acre property (which was run as a hotel by the late Wadiyar and finally closed down in 1999) is due to the fault line in the vaastu. The dome of the Palace is built taller than the Vimana Gopura atop the tower of Chamundeshwari temple close by. The chief priest of the Palace and also of the temple had warned that it should not be constructed that way. But the architect, who designed it, ignored the warning of the priest and hence, this could be the reason for the closure.

Reacting to this legend, Pramoda Devi Wadiyar said that she does not believe this was the reason but it could be because of many other reasons. Rajendra Vilas was built in the 1820s during the reign of Mummadi Krishnaraja Wadiyar. It was his successor Chamaraja Wadiyar who used it as a meeting bungalow. “But it was Nalwadi Krishnaraja Wadiyar who took up some renovation work. He was a great devotee of Chamundeshwari. He used to frequently climb the hill. With that kind of reverence, he would not have done it deliberately to build a dome higher than the Vimana Gopura atop Chamundeshwari Temple,” she said.

Pramoda Devi was categorical in stating that Nalwadi knew what was right and what was wrong. “If the chief priest had any apprehension, then he would have discussed it with the Maharaja and even the architect would also have discussed it,” she said. 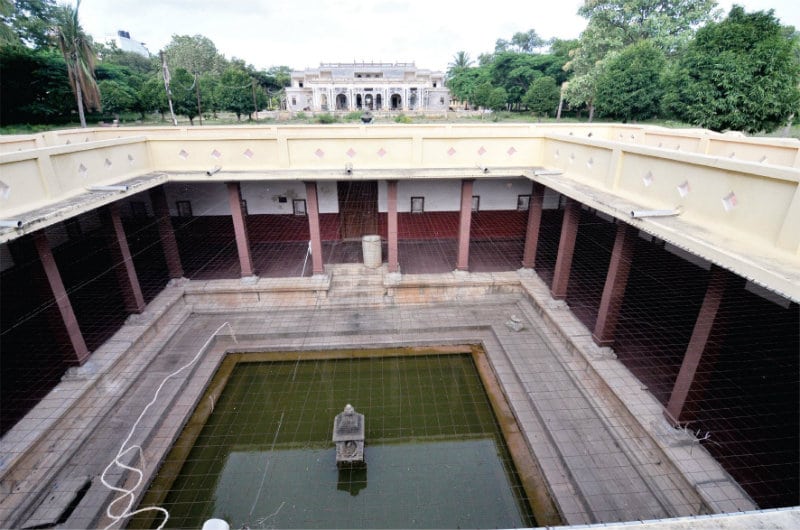 Besides, there are many other places in the country, where the temples are underground (pathala). For instance, inside the Summer Palace (Lokaranjan Mahal adjoining the Mysuru Zoo), there is a temple underground facing the Palace. This temple has the idols of Ganapathi (Edamuri and Balamuri), Krishna, Ardhanareeshwara, Dakshinamurty and Vatala Dakshinamurthy. “This beautiful old temple was renovated when my husband was alive. But it was consecrated in 2014 and it is underground,” said Pramoda Devi.

“Hence, I do not want to disturb the existing architecture. I would be playing with the sentiments of my ancestors. I am sure my husband or for that matter my father-in-law Jayachamaraja Wadiyar would not let me change it. And I respect them too much,” she added.

Pramoda Devi’s parting shot was: “There will always be people in your life who treat you wrong. Be sure to thank them for making you strong!”