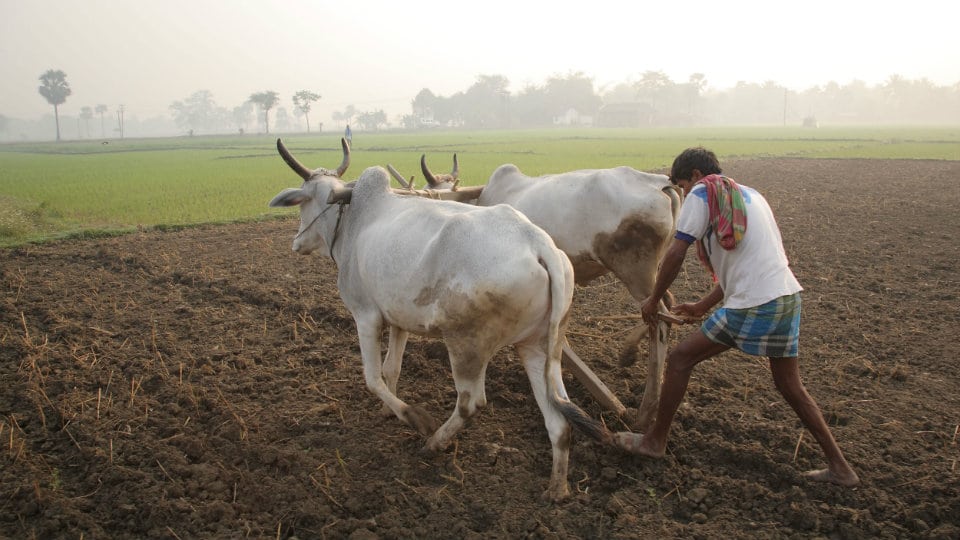 The Farmer’s Produce Trade and Commerce (Promotion and Facilitation) Bill, 2020, and The Farmers (Empowerment and Protection) Agreement of Price Assurance and Farm Services Bill, 2020, were passed by voice vote.

Modi added that the Government will continue with open procurement of wheat and rice at Minimum Support Prices (MSP). Opposition parties along with some alliance partners of the National Democratic Alliance demanded that the two Bills be sent to a Parliamentary Committee for greater scrutiny but they failed to muster the required numbers in the Upper House.

“Prime Minister Narendra Modi has assured that there will be no change in MSP and this Bill will benefit the farmers. The Union Government has taken several steps to ensure that income of farmers increase,” said Agriculture Minister N.S. Tomar said in the Rajya Sabha.

The Opposition parties had said the Bills will hurt the open procurement of wheat and rice as MSP promotes corporatisation of the farm sector, attacks the federal structure on the grounds that both agriculture and markets were State subjects, among other objections.

“These Bills are ill-conceived and ill-timed and Congress party completely rejects it. We are not ready to sign death warrants of farmers on this. Agriculture and markets are both State subjects. When your own allies don’t listen to you, why do you expect farmers to listen to you…Please do not kill us, Punjab and Haryana’s economy will get completely finished,” Pratap Singh Bajwa, senior leader of Congress, said in the House.

Trinamool Congress, Samajwadi Party and Telangana Rashtriya Samiti, among others, had opposed the Bills.

During the discussion, BJP leaders said the Bills were pro-farmer and will help provide them a level-playing field. “This is the biggest agriculture reform of recent time. Our focus needs to be now on value addition, trade and marketing. You are stopping the progress of farmers merely for your own political concerns,” senior BJP leader Bhupendra Yadav said during the discussion.

Rajya Sabha was witness to high drama during the passage of the Bills, with the several members of the Opposition storming the well of the House.

READ ALSO  PM to decide on lockdown only after Apr.11

Protests had continued despite the House being adjourned for the day.

Taking a strong stand against Deputy Chairman Harivansh, who was chairing the House while the Bills were being passed, 12 Opposition parties have now moved a no-confidence motion against him.

While The Farmers’ Produce Trade and Commerce (Promotion and Facilitation) Bill, 2020, seeks to give freedom to farmers to sell their produce outside the notified APMC market yards (mandis) and is aimed at facilitating remunerative prices through competitive alternative trading channels, The Farmers (Empowerment and Protection) Agreement of Price Assurance and Farm Services Bill, 2020 seeks to give them the right to enter into a contract with agribusiness firms, processors, wholesalers, exporters, or large retailers for the sale of future farming produce at a pre-agreed price.

A third Bill — The Essential Commodities (Amendment) Bill, 2020 — which is to remove commodities like cereals, pulses, oilseeds, onion, and potatoes from the list of essential commodities and doing away with the imposition of stock holding limits, is also scheduled to be moved in the Rajya Sabha. All the three Bills  have already been passed by Lok Sabha.