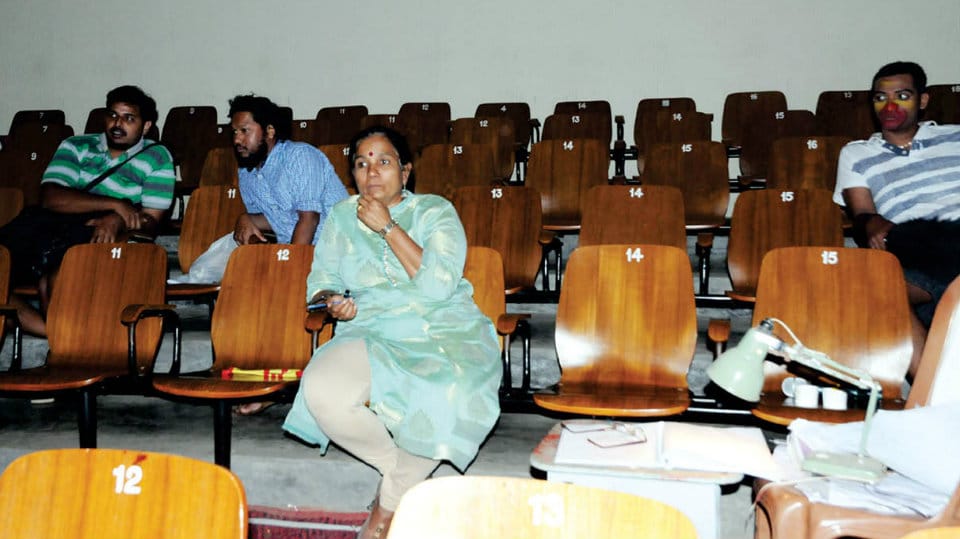 Rangayana Director too to perform

Poet laureate K.V. Puttappa (Kuvempu) has revisited ‘Sri Ramayana Darshanam’ with a modern outlook and penned the epic, where he uses both old Kannada (Hale Kannada) and new Kannada (Hosa Kannada), which is a unique style he has adapted. The readers will be transported to a different world both while reading and listening to the epic poem.

“It was a challenge to present this epic poem on stage and we decided to take it up as Kannada and Culture Director N.R. Vishu Kumar was very keen to see that the play is staged during the 50th Anniversary of Jnanpith award to Kuvempu,” said Bhagirathi Bai Kadam.

In all, there are 82 people involved in making of the play which includes backstage artistes like costumes, property and other paraphernalia. Out of this, 42 actors will be on stage performing the play.

Asked if all of them were from Rangayana itself, Bhagirathi Bai said, “We have selected 30 artistes from different parts of the State and they will be performing with 12 senior actors from Rangayana. I myself will also be donning the roles and that means there are 13 senior actors.”

The artistes are rehearsing for the play from last three months. Bhagirathi Bai will don double costumes, which means she will exchange roles with other artistes on different days.