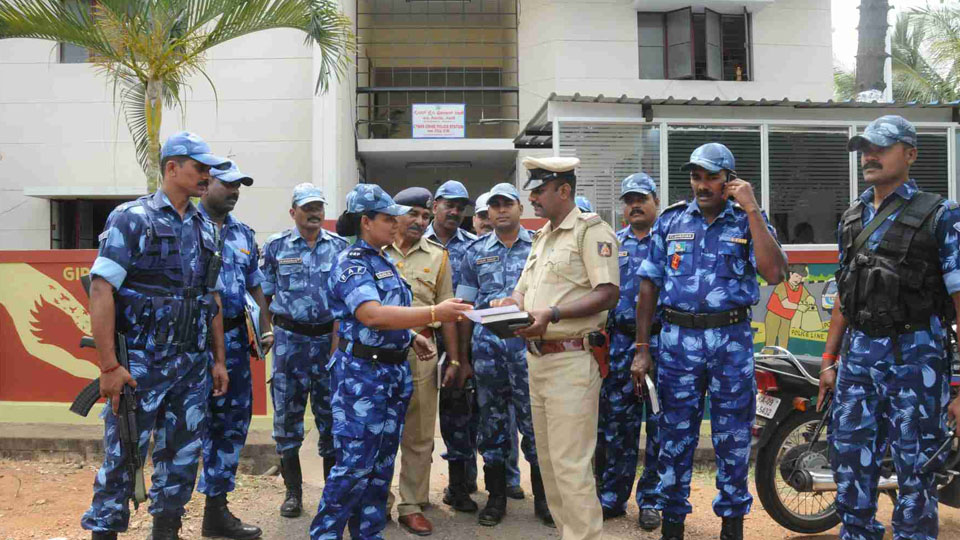 Mysuru: In the run up to the Assembly election, Rapid Action Force teams, along with other Paramilitary Forces, have taken over city security. The Forces, along with the city Police, are conducting route marches all along the city to instil confidence among the voters and to inspire them to participate in the electoral process in a free and fair manner.

This morning, they conducted a route march along with their vehicles with convoys of PCR, Garuda, and Vajra vehicles leading the march.

Over seven companies of Paramilitary Forces (each company consists of 80-150 soldiers and usually commanded by a Major or a Captain) have arrived in Mysuru and Forces are drawn from the Border Security Force (BSF), Sashastra Seema Bal (SSB), Indo-Tibetan Border Police (ITBP) and the Rapid Action Force (RAF).

While four companies will maintain order in city limits, three companies will be deployed in rural areas. They will visit each locality and each street in Chamaraja, Narasimharaja, Krishnaraja and Chamundeshwari constituencies.

This morning the route march was conducted in Jayalakshmipuram, Vijayanagar, Hinkal, Yelwal, Agrahara, Ramaswamy Circle, Vidyaranyapuram and Kuvempunagar. Today’s exercise was to familiarise the forces with city landscape and the topography, said City Police Commissioner Dr. A Subramanyeswara Rao. 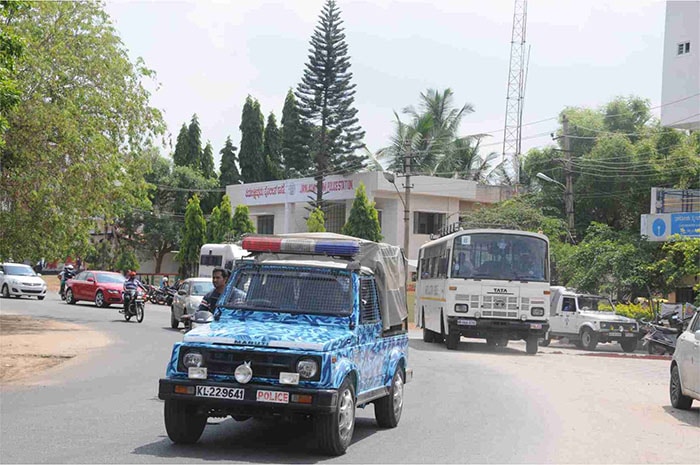 The Rapid Action Force will be meant exclusively for the city to tackle election-related violence and terror threats.  It is a specialised wing of the CRPF (Central Reserve Police Force) to deal with riot and crowd control situations.

The force is equipped with non-lethal weapons for dispersing the crowd with minimum harm and losses.

Over 120 members have arrived in city from 105 Battalion, Coimbatore as part of the Rapid Action Force deployment. Speaking to Star of Mysore, Rajitha, Deputy Commandant and Assistant Commandant Elangovan said that they will indulge in mobile patrolling of all the sensitive areas in city.

“Eight teams have come and there is an exclusive women’s team to deal with women demonstrators or mischief-mongers. General maintenance of law and order, coordinating with the local Police, diffusing tense situation and controlling communal flare-ups are some of our responsibilities,” they said.