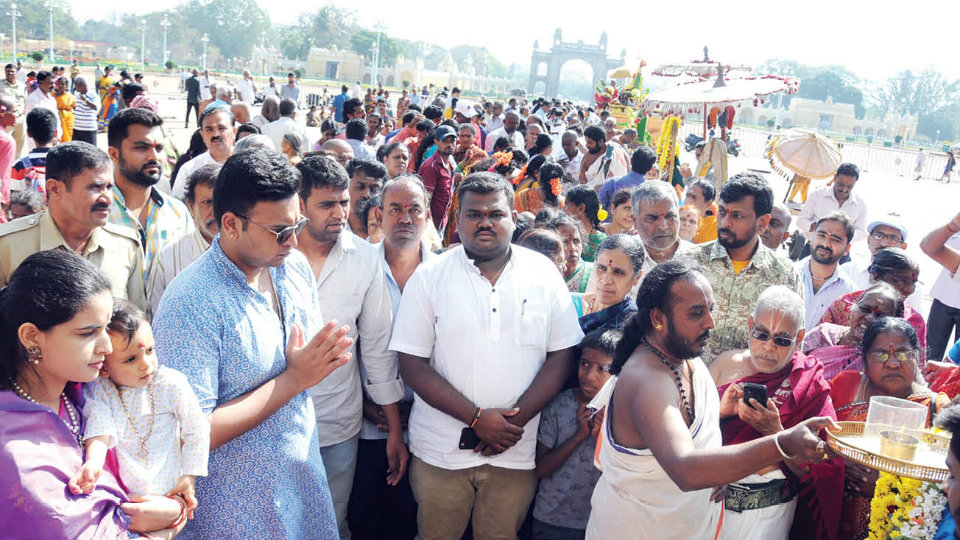 About 800 yoga enthusiasts, including many foreigners, performed the Suryanamaskara early in the morning as the Sun just emerged from the horizon.

The initial rays emitted by the Sun are said to be very beneficial while the Suryanamaskara is being performed.

Inaugurating the event, Mysore University Vice-Chancellor Prof. G. Hemantha Kumar opined that yoga is good for both physical and mental health. He said that it was being contemplated to start a yoga course at the University.

Marking the occasion, similar programmes were organised at Cheluvamba Park in Yadavagiri, Jayamma Govindegowda Kalyan Mantap in Kuvempunagar and other places in city.