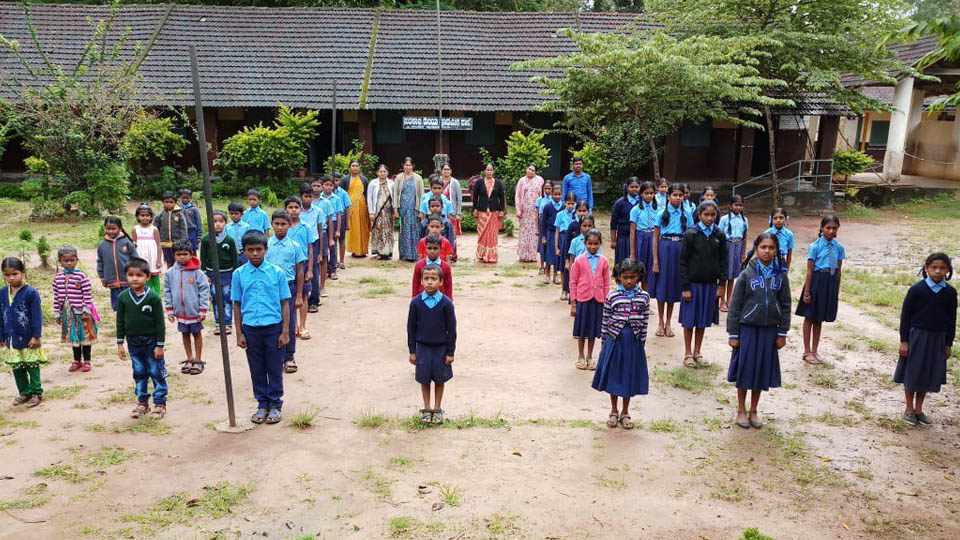 Columns, Coronavirus Update, Over A Cup of Evening Tea

The Government has announced that schools across the country will be re-opened to conduct face-to-face teaching for students of class 9th to 12th from the 21st of this month. With the COVID-19 pandemic still raging at its peak I feel this is a very unwise move which may prove very expensive for us. Even the slightest adverse outcome of this action in the form of some children picking up the infection can have a very disturbing effect on the lives of all of us, let alone their parents and family members.

All the news that we heard initially about youngsters being relatively immune to the COVID infection or being less likely to suffer from serious symptoms even if infected, has been proved completely wrong now. We are seeing some very young and robust individuals falling prey to it with disastrous outcomes all over the world. This is a point that has to be considered with all seriousness and the pros and cons of sending our children to schools have to be weighed very carefully and cautiously before taking any hasty steps.

Nobody in the world, not even our best medical scientists, have yet understood the                              behaviour of the COVID-19 virus and so all their predictions and postulations so far have only been speculative to say the least. None of them have been able to explain in the light of their present scientific knowledge, why some extremely cautious individuals are picking up the infection while some others who despite being utterly reckless, are not getting infected.

Viruses differ very widely in their behaviour much of which still remains ill understood. Our standard operating procedures in dealing with viral diseases or developing vaccines against them have yielded amazingly different and even disappointing results. Our inability to come up with an effective vaccine or a definitive cure for AIDS over the last forty years is a case in point. We are now clearly facing an adversary the hidden capabilities of which can be immense and what we have seen over the last nine months is only the tip of the iceberg. And we have to admit that what little morbidity and mortality we have seen and experienced has itself been immense and quite crippling too. It has crippled production and the world economy, it has crippled world travel, it has crippled global interaction for education, it has crippled our health care infrastructure and it has even demoralised a once defiant and arrogant world leadership.

By opening up our schools hastily we may end up exposing our children to some very real risks. How can we be sure that despite the very stringent recommendations of our Government the managements and teachers in every one of our schools will be able to enforce them effectively both in and around the campuses? Our children can flout rules and intermingle with each other playfully without adequate physical distancing. They can share their books, instruments, pens and pencils and even their food in a spirit of friendship and camaraderie.

And how are we going to   send them to their schools, some of which may not have their own buses. Physical distancing is next to impossible in autorickshaws and privately owned, tiny school vans. And, naturally these two modes of transport are the most common when it comes to transporting children from not so affluent families who happen to study in not so posh schools. And how are we going to ensure that these privately owned vehicles are periodically and effectively sanitised by their owners and operators as per Government recommendations?

In the case of autorickshaws it will be all the more hazardous as they will naturally be used for transporting the public immediately before and after their school trips. So if I say that the more cautious we are, the better it is for all of us, it will not be an overstatement. The Government by itself cannot completely ensure the safety of our children. We as responsible parents have to do it. All Governments will naturally be under much compulsion to project a picture of normalcy to show that they are working efficiently even if they are not. And, we have all seen that many decisions taken by our Government in dealing with the COVID-19 crises were very ill-conceived and even counterproductive.

Many recommendations were quite fanciful too like the bells we were made to ring and the candles we were made to light. None of them helped but even some of our most learned and presumably wise citizens, including many doctors, followed them both in letter and spirit, almost believing they would. I failed to understand how they could!  At the most they served only to distract the attention of an alarmed and bewildered public from the sudden danger that it was staring at while buying the Government some extra time to figure out what to do right.

Thankfully, the Government has been sensible enough to say that the re-opening of schools will be a completely optional arrangement with the parents retaining the right to send their wards to school or not. With this being so let us all ask ourselves whether getting our children educated in the same traditional way and at the same insane pace too in this era of effective online learning is worth taking the risk of exposing them to the peril that COVID-19 is?

What is the worst that can happen to their future if their intensive and almost insanely aggressive learning is delayed by a couple of years? Did we all, until just two generations ago, not become reasonably capable performers in every field we pursued, nourished just with the rather diluted and watery broth that our syllabi then were? Is it not because of our education, knowledge and abilities that the world is now standing where it is? Was it not we who taught and tutored the present generation with whatever knowledge our own education had empowered us? Do think about it now, calmly and clearly. I personally feel it is better to keep all our children safe than to push them over the brink and then pay dearly!

4 COMMENTS ON THIS POST To “Re-opening Schools, an unwise move”