Home » Columns » Abracadabra By K. B. Ganapathy » Recalling a plague epidemic of 1907 in times of COVID-19 pandemic 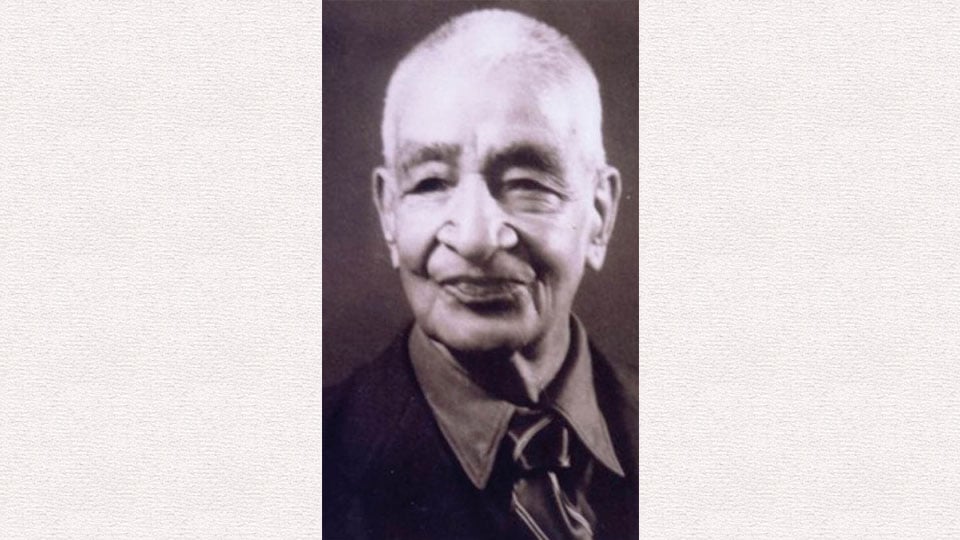 Coronavirus, the COVID-19, had taken its toll of human beings all over this planet earth since 2019 and presently threatening to enter its III Phase, as experts call, to attack the children too… Mercifully our scientists have come up with an effective (almost) vaccination to contain the pandemic — immunisation by vaccination. But this should be followed by the standard protocol — wear the mask, keep social distance and sanitise your hands. Hopefully by the end of this year, the scourge may come to pass.

In the beginning of 20th century, the Maharaja of Mysore Kingdom too had to face unusual challenges of dealing with a plague epidemic caused by rats. One Navaratna Rama Rao, who had joined the Princely State of Mysore as an Amildar in charge of Yedatore taluk and was resident at T. Narasipur in 1907, had to deal with a plague epidemic that struck several towns and villages across the taluk.

It appears remedies like disinfecting the houses and killing as many rats as possible are worthwhile goals, but their effectiveness was limited. Fleas that carry the infection cannot be totally eliminated and killing rats too was never easy. The options available were two — 1) Persuade the village families to leave their homes for a temporary camp for the duration of the epidemic. 2) Persuade them to take vaccination for immunisation.

The Government, the Amildar, provided land and materials for relocating the villagers but they were adamant. They refused vaccination, not at the prompting of any politician, like it happened in India in the 21st century!

For example, in the village Alagodahalli, near Narasipur, the villagers were devotees of the Grama Devata, the village deity known as Alagodamma. Its priest was one Hotte Mada Nayaka. His daughter Kempa Nanjamma was an important person.

The villagers believed her to be the medium through which their Goddess Alagodamma spoke like an Oracle and advised them on important matters. On all issues of importance, whether it is personal or concerning the community as a whole, Kempa Nanjamma as an Oracle had the last word.

The scourge of plague persisted vengefully. Rats began to fall dead in the houses and seen in hundreds in the barns of Alagodahalli. But Amildar Navaratna Rama Rao’s advise or the order fell on deaf ears. The villagers wanted the permission of their Goddess Alagodamma!

Having heard this from the villagers, the wise Amildar said:

“You are right you cannot leave your Goddess without asking her first. Therefore, ask her and do as she orders.”

Villagers agreed. Following Friday was chosen to seek the advice of the Goddess and arrangements were made to worship her and appeal to this Goddess through their medium Kempa Nanjamma. They invited the Amildar too to attend the service and  offer prayers.

This was a Godsend opportunity for the Amildar to play his role to get the villagers to follow the Government’s advice.

On Thursday, a day before the event, the Amildar learnt that the Chief Priest Mada Nayaka and his Oracle of a daughter Kempa Nanjamma were in Narasipur. He asked them to go over and see him to discuss about the worship of the Goddess. They do. Here is an interesting as much as intelligent dialogue between the Amildar and Kempa Nanjamma, after the initial courtesy of platitudes.

Amildar: Your Goddess is like the mother to your people of the village.

Kempa Nanjamma: Yes, it is true.

Amildar: Goddess Alagodamma comes on you and speaks through you to the people.

Amildar: Being like the mother to her people she will only tell what is good for them.

Kempa Nanjamma: Yes, it is true.

Amildar: If so, Alagodamma will surely tell her people to heed my advice — get inoculated and camp outside the village until the epidemic passes. She will certainly NOT tell them to stay in the village and die like rats.

Kempa Nanjamma: Yes, it is possible. Goddess may give advice. But how can I know what Goddess will tell me, Saheba.

Amildar: But you speak  for her.

Kempa Nanjamma: Yes, but does not Goddess know what is good for her people? If the Goddess tells them to go to the camp, they must. And hold their prayers and festivals in the camp. They also must build a small temple for her in the camp.

Amildar did not say anything further, but knew what the Oracle would say.

The Friday worship began. A crowd of over 500 had gathered. Kempa Nanjamma appeared in the semi-darkness of the temple, she was seated on the floor with a heap of vermilion powder in front. She seemed to be in a trance, with eyes half-closed, her body swirling and head moving slowly in a circular orbit. It was rather a weird sight. Beating of the drum was constant. As soon as Amildar entered, someone called out loud and clear for the hearing of Kempa Nanjamma, the Oracle: “Subedar is  here, Mother.”

By now she was sweating profusely with kumkum and grey ash smeared all over her body. She looked like a person possessed. She began to utter her ‘divine revelation.’ But the Amildar was relieved  when she began to speak clearly and distinctly.

The Goddess (Kempa Nanjamma) spoke: My children, you have called me and I am here. What do you want from me, Subedar?

The wise and intelligent  Amildar appeared with humility before the Goddess and humbly said:

The clever woman that    Kempa Nanjamma was she spoke being ‘possessed’ of the Goddess.

“I called you Subedar only to test your mind, your devotion to me (Goddess).”

Then, turning towards the congregation, the Oracle said:

“You people of my village! You have ignored me and my temple for many days… so I brought this plague to teach you a lesson. Now worship your Goddess and leave this town and go to the camp in the grove by the side of the Moogur Road. And take the medicine that the Subedar gives you. DO NOT defy my instructions. You will be cured of   the plague.”

After pronouncing this message, Kempa Nanjamma went into a swoon and collapsed as the Goddess had left her person. Soon people got themselves inoculated and in time plague ended.

Remembering this, let us not despair about Corona pandemic. It too will come to pass sooner than later with the help of vaccine for immunisation.

NOTE: Sourced from the book ‘The Vanished Raj’ by Navaratna Rama Rao.