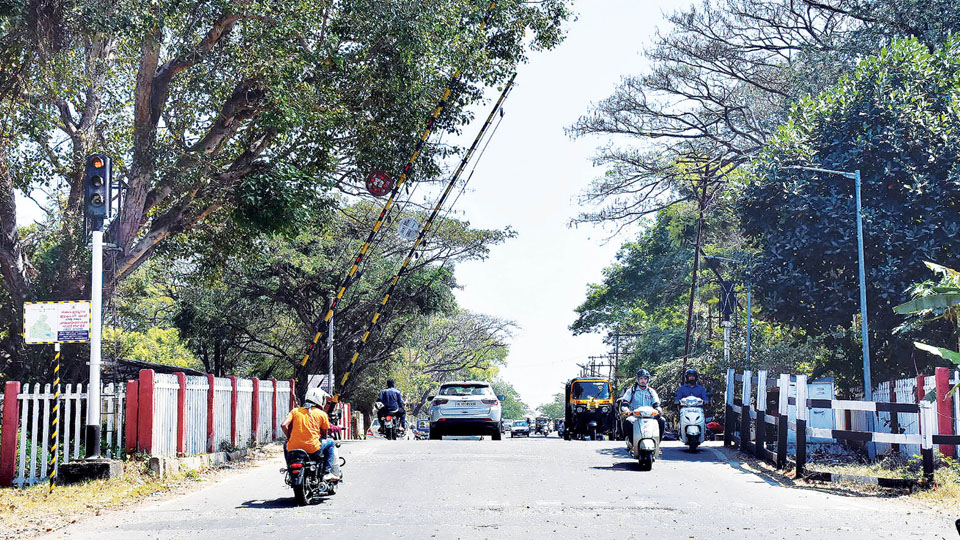 Mysore/Mysuru: The Road Under Bridge at the Level-Crossing of Mysuru-Nanjangud-Chamarajanagar section Railway track running behind Crawford Hall and close to Kukkarahalli Lake, will soon be a reality with Rs. 2 crore being allotted for the project in the Railway Budget. The Road Under Bridge will help in ending the long wait of motorists at the Level Crossing and also enable smooth flow of vehicular movement. At present, the level crossing is a traffic bottleneck as the gates are closed to facilitate the movement of trains running in the Nanjangud and Chamarajanagar sections. More than 10 trains including goods wagons travel on the track daily and traffic is held up for over 5 minutes when each train passes.

Union Finance Minister Nirmala Sitharaman has allotted Rs. 2 crore for the much awaited and a long-pending project and the Mysuru City Corporation (MCC) will take up the works soon, with the finance contribution from the State Government. The RUB will connect Kautilya Circle (Crawford Hall Circle) with Dr. Padma Circle close to the Government Press on Bogadi Road.

Speaking to Star of Mysore this morning, MCC Commissioner Gurudatta Hegde said that the proposal to construct the RUB along with the Detailed Project Report (DPR) has been sent to the State Government for approval. “As Rs. 2 crore has been allotted in the Railway Budget, we are likely to get approval from the State Government in a week or so. The project will be implemented by the MCC in co-ordination with the Railways,” he said.

The DPR for the project has been prepared by City-based CADD Station Technologies (Pvt) Ltd. and this firm is the project’s executing agency and also the Management Consultants for the project. As per the DPR, the total cost of the project is estimated at Rs. 40 crore and it remains to be seen how the project costs would be shared by the State Government through MCC and the Railways.

According to the DPR, the existing single road would be made a double road of 5.5 metres width each, with a 1 metre median and 1.2 metre wide footpaths on both sides of the road. The RUB will have Concrete Box Type storm water drains on both the sides. Both ends of the RUB will have aesthetically designed arches in keeping with the heritage characteristics attached to the adjacent Crawford Hall building.

Due to the RUB, the entrance point of Kukkarahalli Lake on Kalamandira Road side will be shifted to a certain distance towards Kalamandira side and so also the vehicle parking facility at the entry gate.

2 COMMENTS ON THIS POST To “Relief from traffic bottleneck soon”