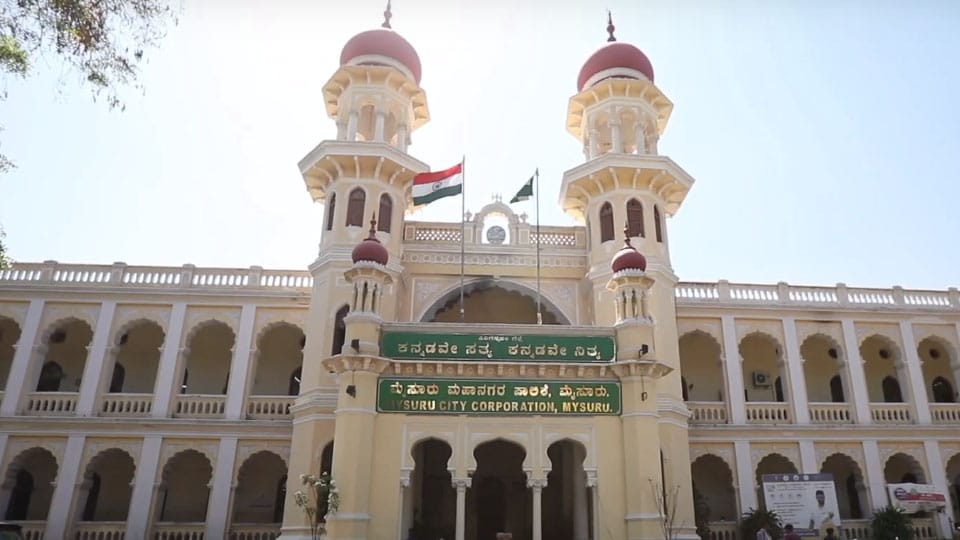 Mysore/Mysuru: Mysuru is growing exponentially and its sprawling expansion outpaces the Mysuru City Corporation’s (MCC) ability to accommodate skyrocketing demand for water and sanitation services. One of the problems that the Civic Body is facing is damages that occur to underground drainage (UGD) system as residents have connected their rainwater harvesting pipes to the drainage system.

The MCC now decided to levy a fine of Rs. 2,000 per house if the rainwater pipes are found connected to UGD systems.

In the rooftop rainwater harvesting system, rainwater on terrace areas is brought down using down pipes. This water is then passed through a filter and stored for consumption in an appropriate storage sumps or rain barrels. In many instances, the rainwater pipes are connected to storm water drains due to space constraints to construct storage sumps.

All houses have been fitted with pipelines for UGD and drinking water and each pipeline is connected systematically and labelled. But some residents have connected the rainwater harvesting pipes to the UGD system.

In a press release, the office of Executive Engineer (UGD Division) of MCC has stated that it has been found that many houses are conveying rainwater from terraces to UGD pipelines. “The increased pressure due to excess water has damaged the city’s UGD system. This is troubling in providing efficient public service,” the statement read.

The UGD system has been designed to carry only waste water from toilets of residences. A great deal of time, money and efforts have been invested in the construction of storm                                water drains in a bid to catch the rainwater so that groundwater can be recharged. Also, UGD systems are constantly blocked especially during rainy season where rainwater gets mixed with sewage and flood the roads in localities.

The Executive Engineer has requested residents to disconnect rainwater harvesting pipes from UGD systems and reconnect them to storm water drains. A deadline of 15 days has been imposed to enable the residents to complete the work. After the deadline, Rs. 2,000 penalty will be imposed on houses that fail to comply, the statement said.